Digitalization is a kind of Swiss Army knife. Its utility is determined by surrounding circumstances. In some instances, digitalization enables the development of technology; in others, it is the technology.

In medical imaging, digitalization can be like the wheel is to cars and the inclined plane is to construction. Or it can satisfy needs. This can relate to either technology or workflow – or both.

Neither MRI nor CT imaging could exist without digitalization. But determining whether digitalization is the actual technology or rather enabled its development is a matter of perspective and, therefore, inherently arguable. Similarly, CT and MRI have markedly changed the diagnostic process.

Recently, and most obviously, workflow changes have come on the heels of technology that has automated processes, particularly automation that has increased precision. When applied at a facility or throughout an enterprise, this technology has made practices more consistent over time. The continued adoption of automation promises to increase this consistency.

Appreciating exactly where and how digitalization fits into healthcare requires an understanding of innovation, which may occur suddenly or incrementally. The wheel exemplifies both. Its history goes back eons.

Although the wheel itself has not changed, its application has – and so has its influence. The wheel was built into horse-drawn chariots, increasing the mobility of ancient armies; wagons that helped discover the American West; and automobiles that have changed societies around the globe.

In medical imaging, digitalization has made both sudden and incremental innovation possible. Among these are breakthroughs, such as MRI and CT imaging, as well as incremental evolutions, such as that of radiography. It continues to enable advances in digital radiography, as it does advances in other modalities. Similarly, it makes possible the development of artificial intelligence (AI), which can be seen as an example of either radical or incremental innovation – depending on your perspective.

These two types of innovation – radical and incremental – are like different approaches to playing roulette. They can be as different as putting all your chips on one number or spreading those chips around. “Organizational ambidexterity” balances these two approaches, encouraging initiatives that exploit current technologies (as it leads to incremental innovation) and others that explore new ideas (leading to radical innovation).

And the answer is…

But is digitalization driving innovation or vice versa? Yes…and no; either…and neither. The answer is circumstantial.

In some instances, digitalization is essential for innovation. In others it is not. Immunotherapy
is one of the latter.

By leveraging the immune system, immunotherapy has helped patients with solid tumors, particularly those with melanoma and non-small cell lung cancers. RNA-based therapeutics have shown promise in conditions ranging from rare genetic diseases to cancer to neurologic illness. On the horizon is pharmacogenomic testing, which may determine the genetic makeup of patients and, thereby, pave the way to personalized medical treatment. (The data that arise from such testing, however, might be digitalized and could require digitalization for thorough interpretation.)

And, just as innovations may be designed to meet needs that are currently recognized, they may be spurred by people’s decisions to extend current guidelines. Take mechanical thrombectomy, for example: Clinical trials have shown that mechanical thrombectomy of large occlusive vessels helps patients as long as 24 hours after some occlusive strokes have occurred. In 2018, the American Heart Association and the American Stroke Association accordingly revised their guidelines on stroke treatment.

And there are instances when digitalization has been – and will likely continue to be – intertwined with progress in value-based healthcare. In some future cases, it will make the development of technologies possible; in others it will be the technology itself, as it has in the past. Again, digitalization is being leveraged to achieve both sudden and incremental innovation. Its use continues to have a singular purpose – to make the practice of medicine efficient and cost effective in ways that will benefit patients.

This is not because of digitalization but because of people – providers, patients, and politicians – who will call for value-based technologies. The adoption of these technologies naturally impacts work processes.

Cloud computing is already reducing the labor needed from on-site staff, for example, by making the operation, maintenance, and updating of software more efficient. Its use reduces the outlay of capital for both labor and on-site equipment, thereby potentially reducing the overall cost of healthcare. And cloud-based processes can make processes go more smoothly, helping to keep schedules on track and improving workflow.

Technologist performance might be gathered and analyzed through the cloud, resulting in efficiencies that can improve image quality, reduce radiation exposure, and further hold down costs. These results may also translate into an improved patient experience. And smart algorithms are being embedded in equipment installed on-site, for example, imaging systems, to improve such things as patient positioning.

The limits of digitalization

Keep in mind, however, that digitalization is a relatively recent development. Its continued influence on innovation, therefore, is not assured. In the future, digitalization could be overshadowed by an, as yet, “unknown” kind of technology. This has happened, for example, with the development of penicillin and the age of antibiotics that followed.

While digitalization may not be required for innovation, disruptive thinking is. Thoughts outside the mainstream may lead to improved technologies entirely different from those currently being used. Other disruptive thoughts – ones aimed at incremental innovation – may improve existing technologies.

Both types of thinking can impact the continuum of care, helping to achieve its objective: to develop speedy diagnosis and treatment. Innovation is aimed at resolving problems on this continuum.

A radical innovation, called the Digital Twin, for example, is being built using artificial intelligence – smart algorithms – to simulate the anatomy and physiology of individual patients. Built from patient data, such a twin might accompany its human counterpart along the continuum of care, answering difficult clinical questions without putting the patient at risk. Information obtained in real time using the Internet of Medical Things (IoMT) could make the Digital Twin closely resemble the flesh-and-blood patient.

Although this potential may not soon be realized, already close at hand is clinical decision support (CDS). Much like cruise control is to the driverless car, CDS is the expression of a near-term capability. It is “doable” with current technologies. And the information required for its operation is available.

The smart algorithms on which the Digital Twin and CDS rely is a type of AI that may involve deep learning (DL). These DL algorithms “learn” by diving dozens, hundreds or thousands of times into “neural networks” layered with clinical data. Through repeated experiences, they may uncover patterns that would not be apparent to people, learning for themselves how to make decisions rather than being programmed – as was typically done in the past – with rules distilled from people.

The promise of AI

But just coming up with such rules will not be enough for AI to succeed. Its application must make a difference in the daily lives of physicians, their staff, and – most importantly – patients.

In medicine, one way to do this is to automate workflows; for example, to guide technologists in their positioning of patients. Alternatively, smart algorithms might speed up the reconstruction of images. Or they might help providers make clinical decisions.

The mechanisms underlying such improvements may be transparent, but their success on the continuum of care must be measurable. It is easy to see how this might happen. The use of AI-guided patient positioning might reduce wait times for patients; cut patient radiation dose; and improve image quality. This could lead to faster but uncompromised diagnoses, allowing patients to start treatment more quickly – and their treatments to be more personalized and precise.

Simultaneously, shorter exam times might boost productivity, leading to more patients examined per day. This could lead to higher revenues for providers. Patient experience might be improved thanks to more efficient scheduling and reduced backlogs.

Going forward, the role of digitalization may not be as obvious as it has been. Increasingly, digitalization is blending into its surroundings. This is especially so when digitalization enables the development of other technologies, such as AI. While its presence may not be palpable, its effect likely will be.

In medicine, value is coming to mean the delivery of healthcare more efficiently, more effectively, or less expensively in ways that are safer or more comfortable for patients, plus yield better (clinical) outcomes.

And digitalization appears to be becoming more important – at least for now.

Continuum of Care
An integrated system of care that guides and tracks patients over time, incorporating an array of health services at various levels of intensity as needed

Digital Twin
A virtual representation of a physical asset generated by sensors, bridging the virtual and physical worlds, turning data into actionable insights

Internet of Medical Things
Refers to the interconnectivity of medical IT systems, devices, and data through online computer networks that assist in the diagnosis, monitoring, and treatment of patients

Greg Freiherr is consulting editor to Imaging Technology News (ITN). Over the past three decades, he has served as a business and technology editor for medical publications and websites, as well as a consultant to industry, academia, and financial institutions. 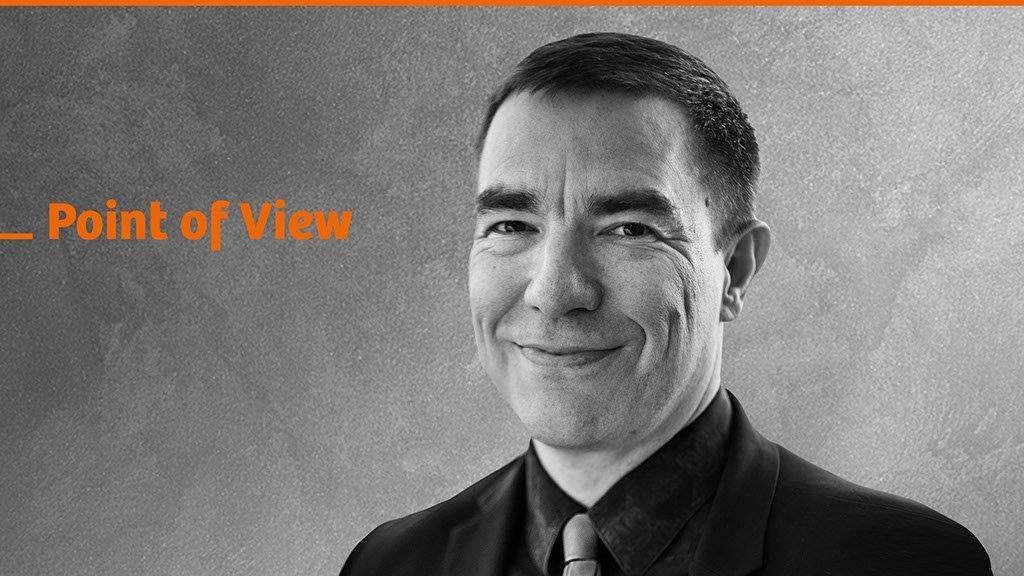 Our new column “Point of View” picks up trends and developments in healthcare. In this edition, Univ.-Prof. Dr. Marcus Hacker comments on the potential of AI in molecular imaging. 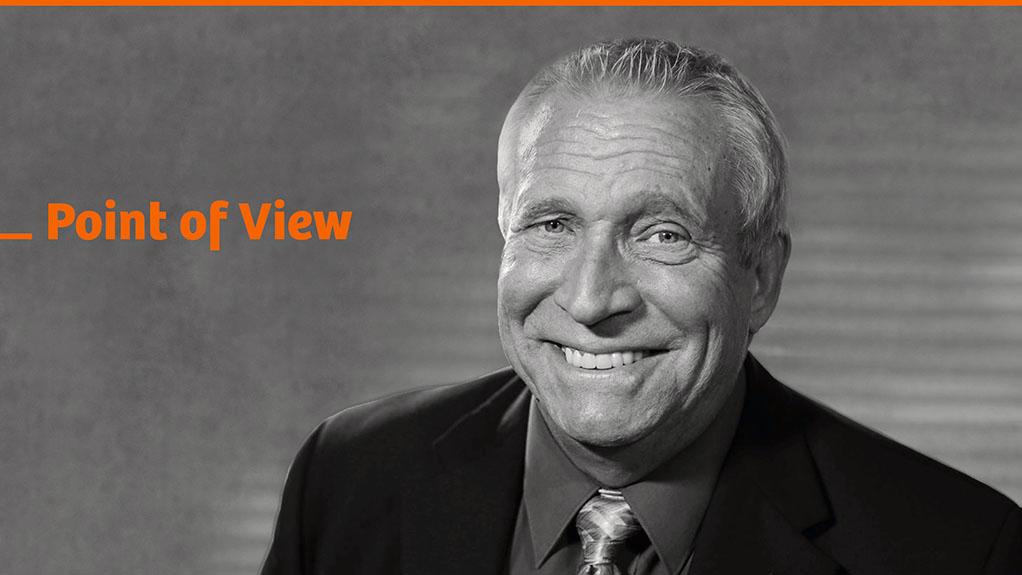 Why I Stopped Worrying And Love The Intelligent Machine

Our new column “Point of View” picks up trends and developments in healthcare. In this first edition, Greg Freiherr comments on the advent of AI in the medical world – and how he learned to embrace it.