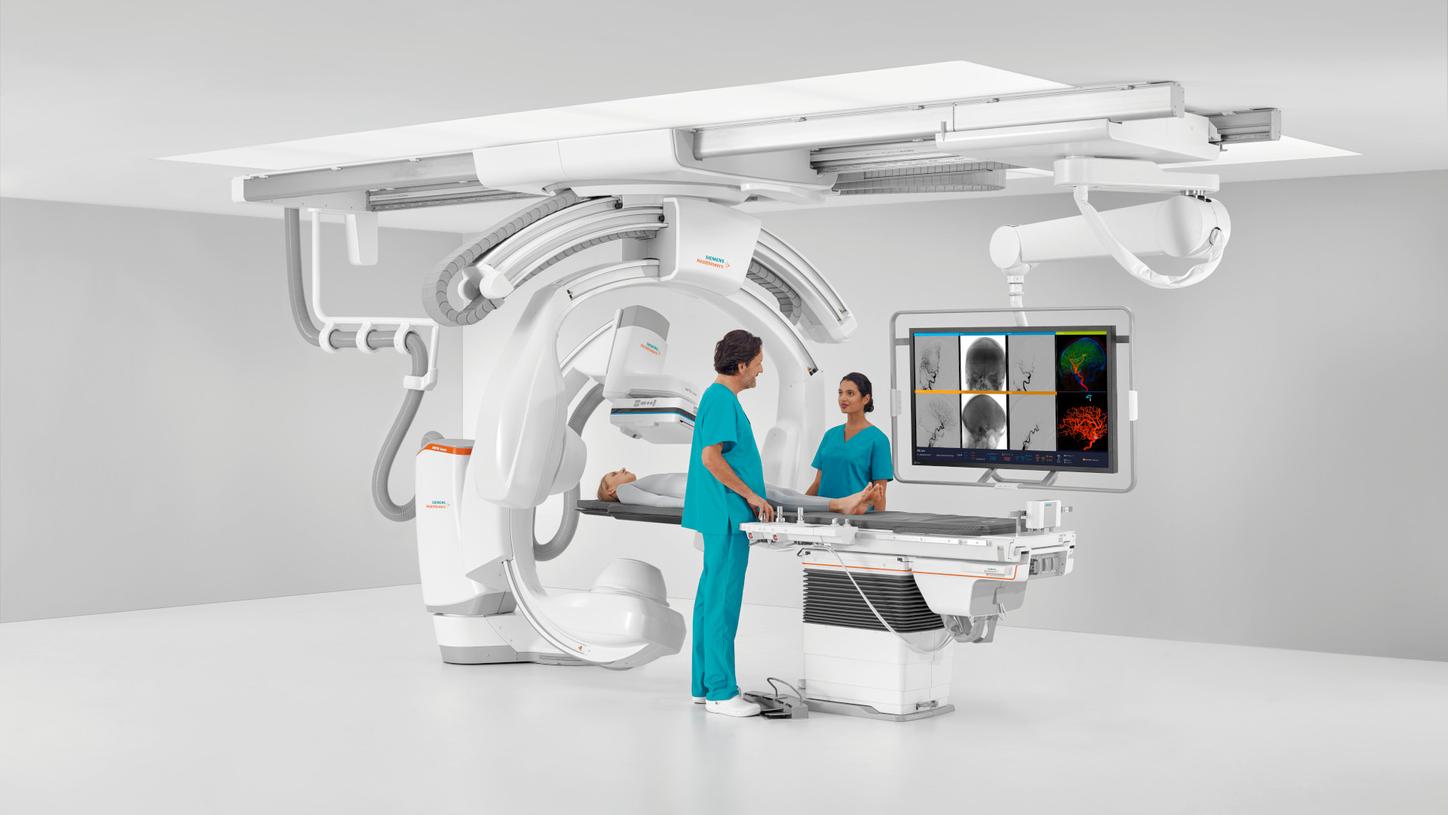 Not for publication in the U.S.

At the European Congress of Radiology (ECR in Vienna, February 27 to March 3, 2019), Siemens Healthineers will introduce the Artis icono biplane*, an angiography system with special functions for neuroradiology. An outstanding feature of this new system is its significantly improved 2D and 3D imaging, improving image quality and reducing the radiation dose required. As the C-arm can now perform new movement patterns, the areas of the cranial base and skull cap can now be represented with practically no artifacts in a 3D visualization. The extremely fast and flexible axial movements are the result of new, high-precision industrial drives from Siemens. Interventions can be highly efficient thanks to the intelligent system control. For example, it’s possible to switch seamlessly between 2D and 3D imaging during an intervention, which makes intra-procedural progress checks much easier. Artis icono biplane is expected to be available in the summer of 2019.

“With Artis icono, we intend to set new standards in image quality and workflow for minimally invasive procedures,” says Michael Scheuering, Head of Interventional Radiology at Siemens Healthineers. “Improving the visualization of bleedings that occur anywhere in the cranial area can make it possible to skip prior conventional imaging for certain patients with a suspected stroke – which means that these patients can be taken directly to the angio lab for diagnosis and treatment, shortening the lead time before the vascular occlusion is removed. Any time saved in treating strokes can mean the difference between living independently and living in a wheelchair. Artis icono is therefore expanding precision medicine to advance therapy outcomes.”

A number of studies now show that treatment in the form of thrombectomy can be extended to a broader range of patients than previously assumed. This lets neurointerventionalists treat ischemic stroke patients who were previously not eligible for this highly effective treatment. Artis icono was developed to help physicians in stroke centers deal with the challenge of treating more patients faster and with greater accuracy.

In 3D imaging, Syngo DynaCT Sine Spin therefore reduces artifacts in the vicinity of the cranium (skull cap) and the cranial base, which makes it possible to better identify bleeding in these regions. Syngo DynaCT Multiphase was developed to provide time-resolved DynaCT volumes to identify areas of the brain suffering a reduced blood flow or experiencing a delay in the flow of contrast agent. Volumes acquired at eight different time points during a 50-second period help to assess the status of the collateral vessels in order to determine the most appropriate treatment. Siemens Healthineers is working closely with its Solution Partner IschemaView. Their RAPID** software solution performs automated analysis of quantitative cerebral perfusion parameters in seconds.

Depending on the respective application, Syngo DynaCT High Speed can substantially reduce the time needed for low-contrast 3D imaging – from 20 seconds down to eight – and so achieve CT-like images with far less susceptibility to movement artifacts. Thanks to Twin Spin, operators can switch seamlessly between 2D biplanar imaging and 3D imaging without having to move the lateral plane to the park position. This not only speeds up the workflow, it also makes it easier to use 3D imaging for intraprocedural progress checks.

2D imaging with Artis icono has been substantially improved: Using the new OPTIQ image chain, image processing has been fundamentally redesigned, from acquisition through post-processing to on-screen display. As a result, image quality remains consistently high across a wide range of angles (the extent of angle adjustment on the C-arm) and patient weights, which permits significant savings in radiation dose. Improvements to the roadmap function have also been made, which permits dose reduction during the following fluoroscopy stage. These roadmaps are subtracted angiography images that make it easier to navigate the vascular system during subsequent fluoroscopy.

Artis icono incorporates Case Flows as a tool to simplify procedures and speed up workflows. These are personalized workflows that optimize imaging parameters, system positions and display layouts for specific procedures. Case Flows provide flexibility in the execution of sequences, adapting to the individual user’s needs. At the same time Case Flows can be used for standardized procedure execution across multiple Artis icono labs.

Until now, healthcare institutions have invested in fixed-configuration systems tailored to particular clinical specialties. The new Artis icono systems adapt flexibly to the differing needs of interventional radiology, neuroradiology, cardiology, and vascular surgery. For example, the lateral plane of the Artis icono biplane can be switched from a radiological to a cardiological configuration and vice versa in just seconds, using the Lateral Plane Switch. The expanded flexibility of the floor stand and lateral plane makes Artis icono highly versatile to enable operators to get the most out of their system. This is a relevant operational advantage in light of today’s increasing consolidation and cost pressures.

In addition to the multidisciplinary approach, connectivity and digitalization of interventional labs are becoming increasingly important. With the Third Party Broker, Artis icono provides a uniform interface to enable system parameters to be readily shared with devices from other manufacturers.

“The procedure numbers for image-guided minimally invasive interventions are growing at about 11 percent per year,” says Scheuering. “As the complexity of these procedures increases as well, angiography systems are becoming the key to efficient and effective patient care. The multidisciplinary use of Artis icono enables angio labs to be optimally utilized, and the medical institution can offer a broader range of interventions. By investing in Artis icono, customers are investing in a future-proof system family.”

* The products/features (mentioned herein) are not commercially available in all countries. Their future availability cannot be guaranteed. Not available for sale in the U.S.
** RAPID is a world leader in the field of stroke imaging and is the only FDA-registered platform for selecting patients for thrombectomy. 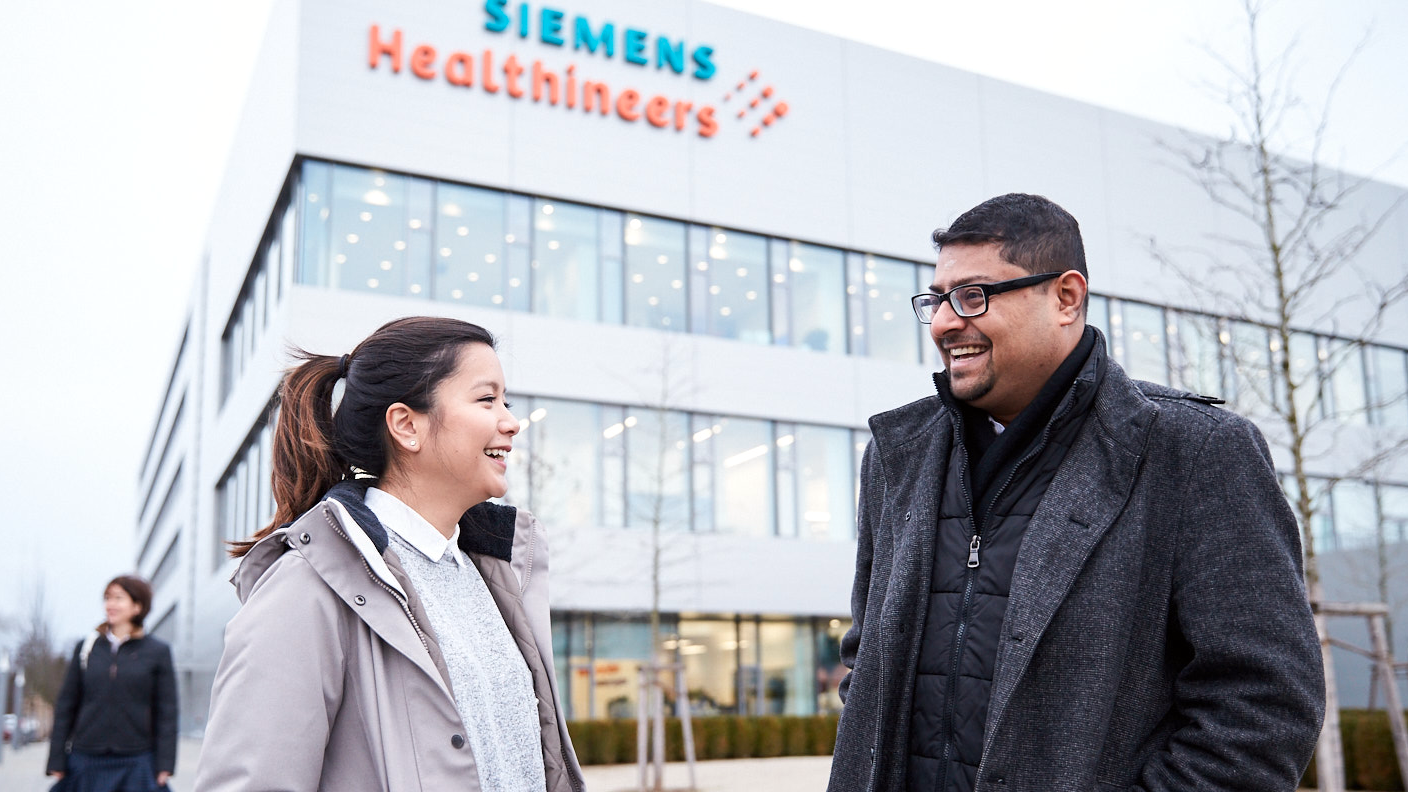 Siemens Healthineers honored as one of Germany’s best employers

Siemens Healthineers has been recognized by the globally active research and consulting institute Great Place to Work® as one of Germany’s best employers in their 2020 rankings. The company won second place among all companies in Germany with more than 5,000 employees. 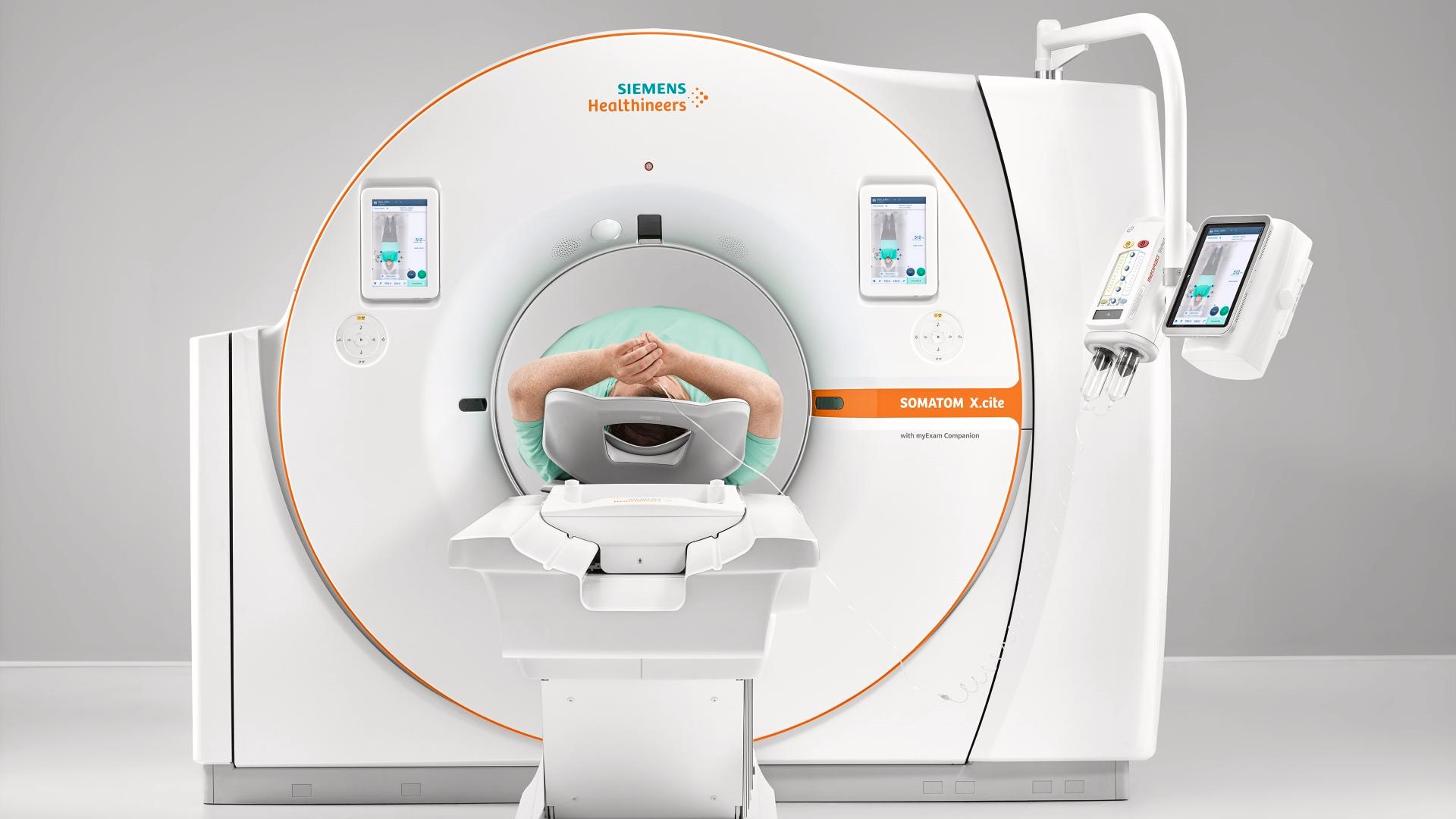 CT scanners with intelligent user guidance, AI-based software assistants for MRI and a lab system that revolutionizes workflows: Siemens Healthineers is showcasing its products and solutions according to the motto “Shaping the Future of Healthcare” at this year’s Arab Health (January 27 – 30, 2020) in Dubai, UAE. 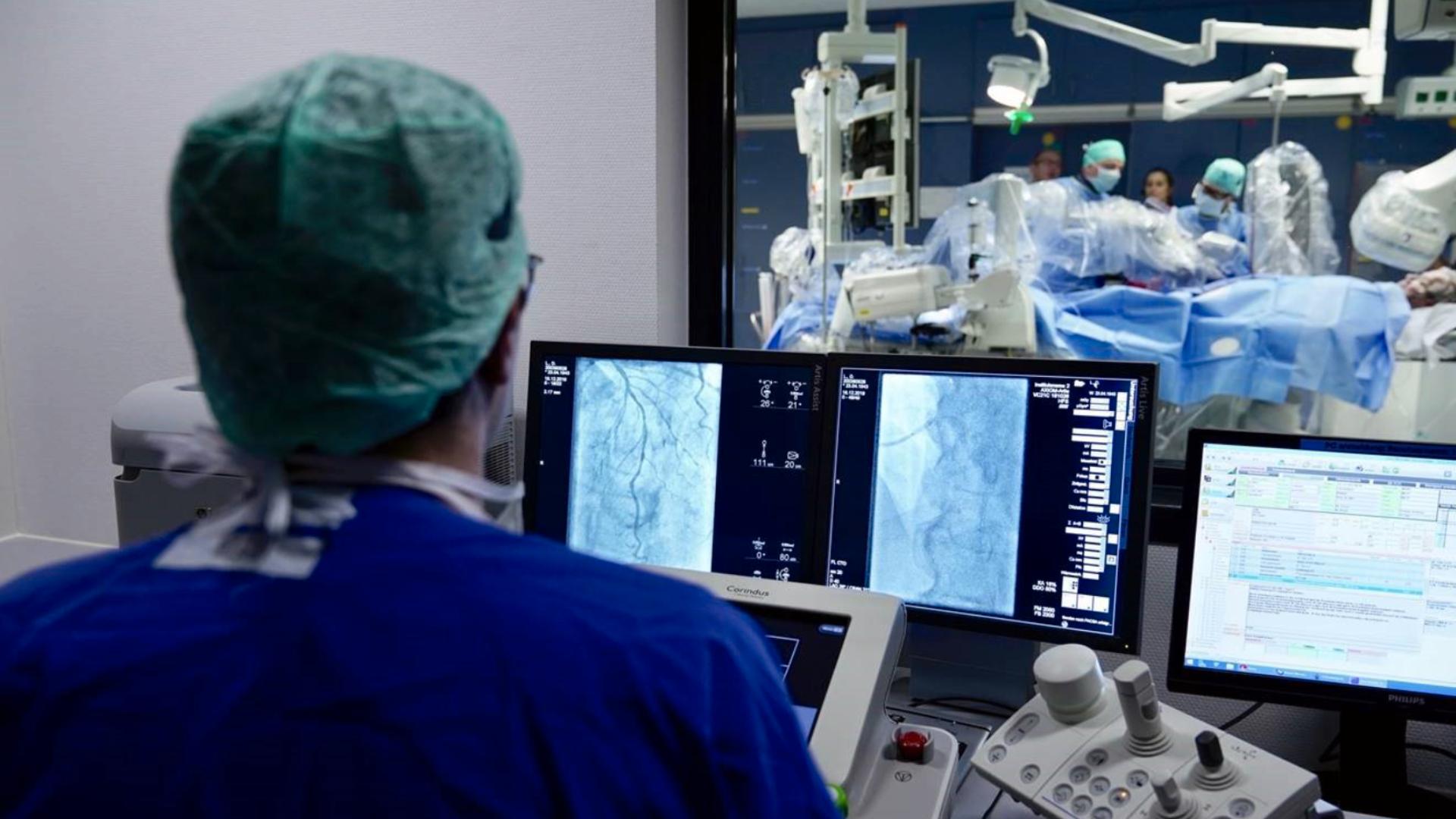 The University Hospital Giessen is the first hospital in Germany where a robotic system assists in a minimally invasive procedure to place a stent to reopen a coronary artery. Doctors used the endovascular robotic system, CorPath GRX1® from Corindus, a Siemens Healthineers company, together with an Artis angiography system. 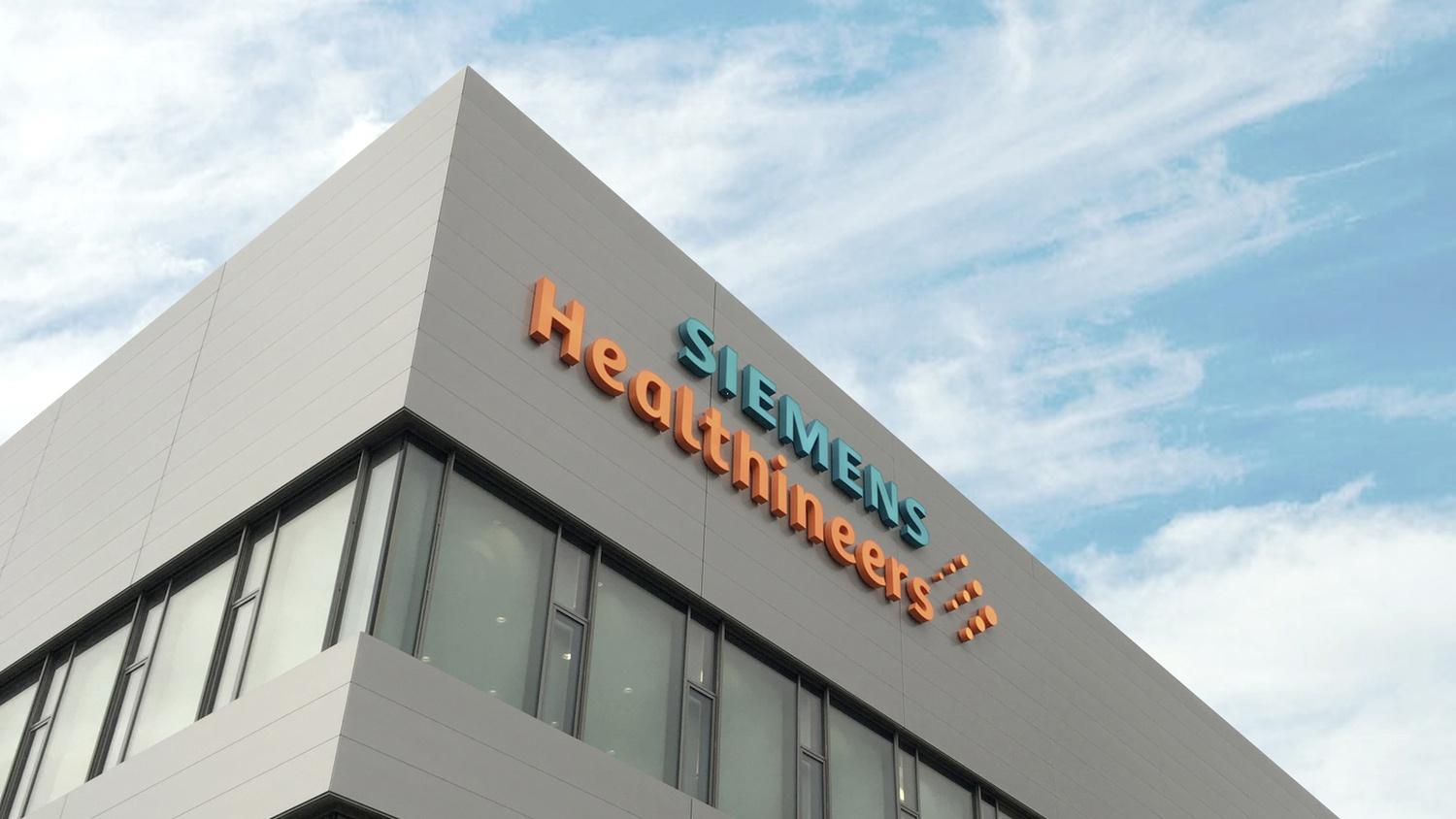 Siemens Healthineers introduces functions to standardize imaging in the hybrid OR

At the 2019 Charing Cross Symposium in London, an international congress for the management of vascular diseases, Siemens Healthineers introduces software and hardware functions for imaging that will simplify surgical workflows in the hybrid OR and standardize treatments for a wide range of cases.