Extending the Range of Diagnostic Possibilities 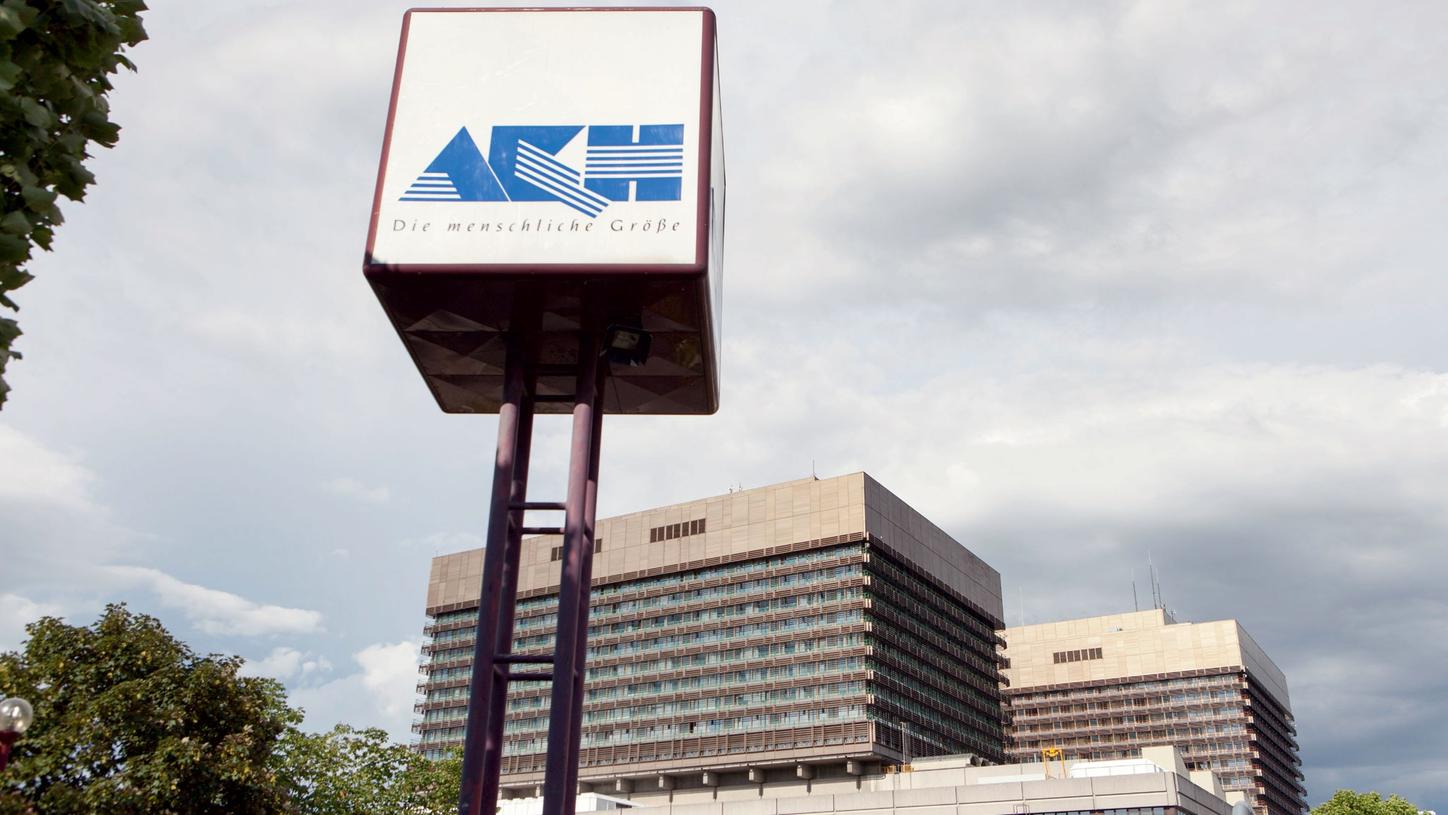 CT examinations are not always feasible: Radiation dose remains an issue, as does contrast media toxicity. Technology, however, continues to evolve. Radiologists at the Medical University of Vienna feel much more confident about performing a CT scan these days, even in patients who are normally not considered very suitable candidates. Here is why.

Computed tomography is the modality of choice for answers on a vast variety of clinical questions. Still, some drawbacks remain that limit its use in situations in which a CT examination would be desirable in principle: “Radiation dose always has to be considered. And in renal patients, contrast media can deteriorate kidney function. With conventional CT machines, we often have to withhold CT examinations from children. And we will regularly abstain from contrast-enhanced CT examinations in renal patients, even if there are good reasons to perform them,” says Professor Helmut Ringl, MD, deputy head of the Clinical Department of General Radiology and Pediatric Radiology of Vienna General Hospital (AKH) and Medical University of Vienna.

Radiology at AKH in Vienna is a large-scale enterprise. AKH is among the largest university hospitals in Europe. There are five different CT scanners available and 80 radiologists who perform between 6,000 and 8,000 CT examinations per machine per year. It is the prototype of a tertiary care hospital, as the reference institution not only for Vienna, but also for large parts of eastern Austria, in particular Lower and Upper Austria. “Doctors who send their patients here expect us to come up with answers. Not being able to perform a CT scan on a patient can be a real problem,” says Ringl. Luckily, medical technology is increasingly providing solutions that will enable access to CT examinations for more patients than before. Radiation dose can be reduced considerably, for example, by using modern detectors, a low kV X-ray generation system, modern algorithms for iterative reconstruction, and sophisticated filters. This is particularly important for children: “Compared to adults, they have a higher risk of radiation-associated complications because they live longer and their rate of cell division is higher,” says Ringl. Another group of patients who benefit disproportionately from lower doses are women. “They, too, have a higher risk of radiation-associated damage. This is especially true when they are younger, but also in their later years.”

Radiologists at AKH have proven in recent months that a dose reduction of a relevant magnitude is no longer merely theoretical, but can actually be achieved in daily routine. At the beginning of March 2016, a new SOMATOM Drive CT scanner was installed – the first of its kind in clinical routine used worldwide. Asked about its most important advantages, Ringl doesn’t hesitate for a second: “Most important is dose reduction. Overall, we are now able to reduce the radiation dose drastically compared to what we had before with the previous machine.” Dose reduction doesn’t help, however, if image quality goes off the mark. But this is not the case, according to Ringl: “The relation between dose and image quality is really good. We have less dose now, but the image quality is better than before. This is a huge step forward.”

"We are now able to reduce the radiation dose drastically compared to what we had before." 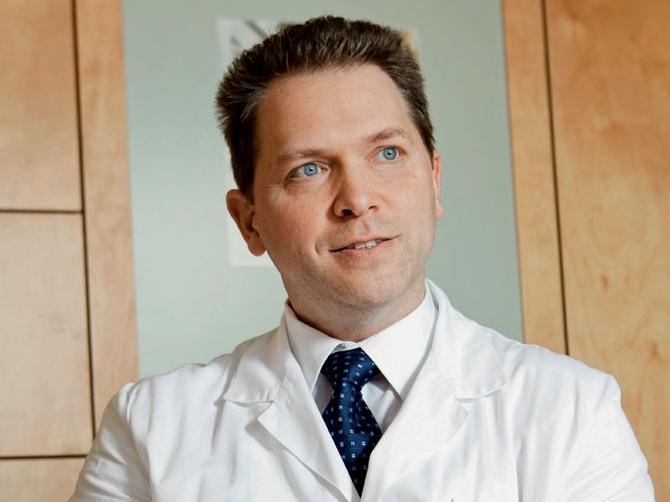 The case of the woman with a lung nodule

Apart from children, which patients benefit most from dose-limiting technologies? “A typical adult patient who benefits a lot would be a 35-year-old female in need of follow-up examinations after the detection of a lung nodule,” says Ringl. The follow-up CT scans in such a patient are not about characterizing the nodule, but about comparing its size to earlier examinations. This can be done with unenhanced CT, but repeated scans in young women is something doctors have striven to avoid until now. “What SOMATOM Drive can do is to push radiation dose down to levels that make serial CT scans an excellent option. We are able now to get a complete CT dataset with a very good image quality and a dose exposure equivalent to between one and two plain films,” says Ringl.

Among the technologies that make this possible are a new generation of powerful detectors and also improved algorithms for iterative reconstruction. “We didn’t use the old algorithms much, and if so then only at low strength,” Ringl admits. “With the new ones, this is different: We are very satisfied with the image quality they provide, and so we use them in almost all protocols at strength three, resulting in much lower radiation dose.”

The Tin Filter is a key technology used in the SOMATOM Drive scanner to reduce radiation dose without compromising image quality. What the Tin Filter does is to separate the low energy photons in the X-ray spectrum of the tube from the diagnostic part of the spectrum, explains Ringl. Low energy photons that would never reach the detectors, or that do not contribute much to image quality, are absorbed before they enter the patient. “In the end, this means that we have an X-ray beam that is tailored to diagnostic use. We don’t apply any dose to the patient that is not necessary.”

However, the Tin Filter is not suitable in every kind of examination. In contrast media-enhanced examinations, for example, low energy photons are needed to make the contrast agent visible. This is not the case in unenhanced CT scans: “If we only need an unenhanced CT, we use the Tin Filter quite often,” says Ringl. Another potential beneficiary that comes to mind is a patient with an unclear finding on a chest X-ray. In this patient, a lung CT is necessary to rule out malignant lung pathologies. “With the Tin Filter, we can rule out a pathology at the dose of a chest X-ray,” says Ringl.

The case of the cardiovascular patient

Patients with cardiovascular diseases are a further group of patients for whom Ringl finds the dual source scanner to be particularly suitable. “With the SOMATOM Drive, we can perform very fast low-dose examinations, which makes it an excellent machine for 4D imaging in cardiovascular patients.” In fact, only two days after the installation in March, the Vienna radiologists used the CT for a 8-phasic 4D CTA of the pulmonary vessels in a young woman with suspected arteriovenous fistulae. It transpired that they were only pulmonary venous varices. (Read the full case report here) 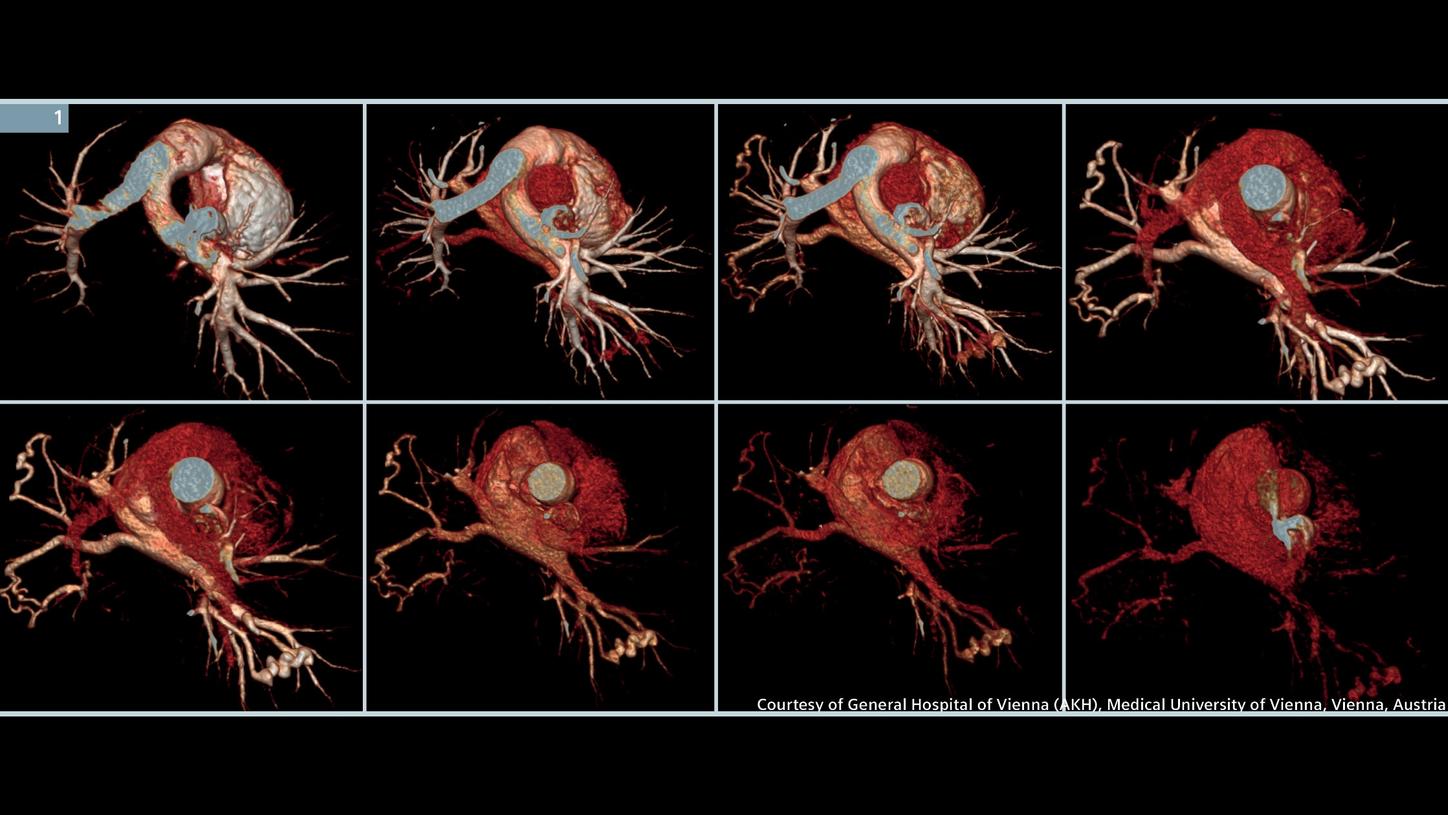 Previously, an 8-phasic 4D CTA would have meant very high radiation exposure, and as such it would not have been the diagnostic method of choice at all in many cases. “Four months ago we would certainly not have thought of something like this in a young woman for dose reasons. We would have done an invasive angiography or a MRA instead. But with SOMATOM Drive, we were able to perform the 8-phasic CTA at about the same dose as a single-phase CTA previously.”

Dose reduction with SOMATOM Drive is achieved using advanced detectors, the Tin Filter, and iterative reconstruction. Similarly important for dose reduction is the ability of the CT scanner to perform low kV imaging while maintaining a high image quality.

In Vienna, the radiologists decided to use automatic selection of kV (“auto kV”) as the default option. “We thought that we will get the best possible dose reduction if we use auto kV all the time. This is similar to an anti-collision system in a car: You would not switch it off only because you felt highly concentrated.” With auto kV, the system chooses for itself which voltage to use to achieve a sufficiently high tube current. In lean patients, 70 or 80 kV will be sufficient most of the time. In more obese patients, the software will go for a higher kV value.
“Low kV imaging is only possible with a powerful tube that is able to provide a high tube current at low voltage. With other CT scanners, 70 kV or indeed 80 kV is often not feasible because we don’t get enough photons from the tube, resulting in an image that is too noisy.” With SOMATOM Drive, this is no longer an issue anymore, says Ringl: “We are in the low kV range now for the vast majority of patients. We have almost completely moved away from 120 kV. It is highly unlikely that 120 kV is selected by the device, and the image quality we get proves that the device is right.”

The case of the renal patient

Low kV imaging is not just about dose, it is also about contrast media. Iodine contrast agents absorb photons produced by a 70 kV system much more readily than photons produced by a 100 kV or even 120 kV system. So low kV imaging leads to a reduction in the amount of contrast agent needed to perform a contrast-enhanced CT. And this is not merely theoretical, says Ringl: “What we have seen in the last three months in daily routine is a significant reduction in the contrast media we use.” This is especially good news for patients with renal failure, because less contrast agent means less damage to the kidneys.

At Vienna General Hospital the word is out that Ringl and his colleagues can now offer CT examinations for patients who would not have been suitable in the past: “Our referring physicians are very happy to hear that we have a new CT with a much lower dose. And they are very satisfied with the image quality we provide. We even have a handful of doctors who explicitly ask us from time to time to scan their patient with the new system.”

Philipp Grätzel von Grätz, MD is a medical doctor turned freelance writer and book author based in Berlin, Germany. His focus is on biomedicine, medical technology, health IT, and health policy.

Would you like to provide detailed feedback?
125 / 125
The statements by Siemens’ customers described herein are based on results that were achieved in the customer’s unique setting. Since there is no “typical” hospital and many variables exist (e.g., hospital size, case mix, level of IT adoption), there can be no guarantee that other customers will achieve the same results.