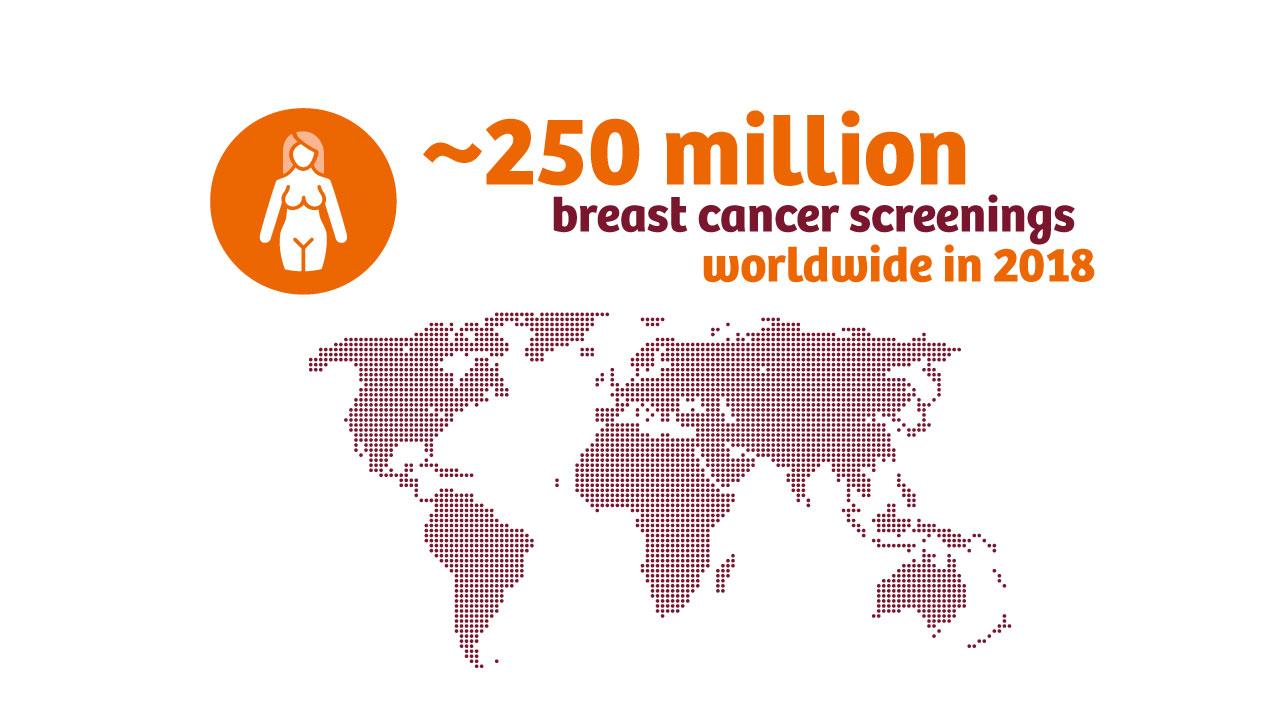 Breast cancer is the most common cancer in women worldwide, and the number of women affected continues to increase.1 There is thus a large need for early detection options. While breast cancer occurs extremely frequently in industrialized countries with Western lifestyles, the largest increase in disease rates is expected in less developed countries.2 By 2018, the total number of women worldwide who qualify for breast cancer screening could reach around 250 million.3

A driving force behind this development is the aging of the world population. It is well known that the probability of developing breast cancer increases with age. Also, a rising standard of living with greater educational opportunities for women results in later births and shorter lactation periods. This leads indirectly to a higher risk of breast cancer due to changing hormonal influences.

China is therefore one of the largest markets for breast cancer screenings, along with the United States, Brazil, Japan, and Germany. China has experienced a rapid increase in disease rates since the early 1990s. Various regional screening programs have been developed in China since then. However, experts do not anticipate nationwide mammography screenings based on Western-style models in the near future. In fact, it is possible that ultrasound screening will play a role, as the procedure offers advantages for Asian women, who tend to have denser breast tissue and small breasts, and often develop cancer at an earlier age.4

While screening services are frequently offered by the private healthcare sector in emerging and developing countries like India, public screening programs are barely affordable in these countries.5 Cultural barriers can also stand in the way of breast examinations for early detection.6

On the other hand, in industrialized countries with organized screening programs, the services are paid for through taxes or by health insurance companies (sometimes with a co-payment from the patient) at predetermined rates. The total cost of the German mammography screening program, which screens around half of the women who are entitled to use the program, amounts to approximately US$200 million to US$250 million per year. That equates to about €70 or €80 per screening mammogram, including double reading, centralized quality assurance, and subsequent assessment examinations.7

Increase your diagnostic confidence efficiently and easily with High Definition Breast Tomosynthesis. Already superior with the widest angle, the highest number of projections, and full detector readout, it is now the world’s first tomosynthesis to incorporate EMPIRE Technology.