September 19, 2013 | Amyloid imaging provides physicians with a new tool for the evaluation of Alzheimer’s disease and other causes of cognitive decline. For a professor in Atlanta, Georgia, USA, searching for the cause of her memory loss, amyloid imaging provided answers and changed her physician’s treatment plan.

Shortly after moving to Atlanta seven years ago, Jacqueline Hibbert, PhD, an associate professor of biochemistry hemoglobinopathies/nutrition at the Morehouse School of Medicine in Atlanta, GA, USA, realized she was having memory problems. “They had a health fair here that I participated in because I wanted to see if my memory was okay,” Hibbert said. “And maybe at the time, I had an inkling that something was not right. So I got my memory tested, and that was when I realized I had a problem.”
Hibbert went to see a neurologist associated with the Morehouse School of Medicine. The neurologist gave her a detailed memory test and recommended a follow-up test, but because the neurologist left Morehouse, Hibbert did not return for further evaluation. “Then, quite recently, I realized that it was getting worse,” says Hibbert.

“I was teaching the graduate students,” says Hibbert, “and we were talking about the urea cycle, and I was saying that some bits of it occur in the mitochondria and some other bits occur in the…”
“I could not remember the word cytosol, I just said, oh well, you know, in the other part of the cell…”
“Afterward, I started to say something more and needed the word cytosol again, and I said, 'I can’t remember that word, will one of you please tell me?'
The person who answered seemed sad, and I just said ‘Oh, thank you,’ with a laugh,” says Hibbert chuckling at the memory, “and then they all lightened up.”
But, in reality, Hibbert was unable to recall simple words with which she was very familiar. She also was having problems recalling the names of people she knew very well.
Hibbert decided it was time to follow through on the testing she had let slide years earlier, scheduling an appointment with Mary Taylor, MD, internal medicine physician and neurologist.

“When she came in, you could see the anxiety on her face,” says Taylor, who has been seeing Hibbert as a patient for about a year now.
Taylor listened as Hibbert told her story, about the health fair, her first visit to a neurologist and how she was becoming increasingly forgetful. At first, Dr.Taylor was not particularly worried. Hibbert had no family history of dementia and had passed a basic neuro examination.
Taylor decided to perform a minicoginitive exam, during which the patient is asked to remember the names of several common objects and then repeat them back a few minutes later.
The patient is also asked to draw the face of the clock, placing the hands to the time specified by the examiner.
“She looked at the clock, became very confused and, finally, gave up in frustration. I was very surprised,” says Taylor.
“It was at that point, I began to suspect Alzheimer’s disease. She was highly educated, and has a high IQ, so I thought it may be more visible and easier to evaluate her as having the early stages of Alzheimer’s disease.”
“Here is a university professor who is really having problems. As a result, it not only furthered her anxiety, but also created some anxiety for me,” said Taylor, who decided to put Hibbert through a battery of tests.
“You want to make sure that when patients present with memory loss that they have no physical causes of memory loss, so we ordered an EEG and blood tests to rule out other causes; things like glandular studies and thyroid functions and cardiovascular disease, even Lyme disease,” she said. “All were negative, including MRI and ultrasound. When the opportunity arose to have her undergo a PET scan, I seized it.”
Taylor referred Hibbert to Trident Medical Imaging Center in Fayetteville, GA, USA, for amyloid imaging using PET/CT. At the time she referred Hibbert for the PET/CT scan, Taylor said that all signs pointed to Alzheimer’s disease.

The PET/CT scan was performed using technologies from Siemens Molecular Imaging, the first and only company to offer a comprehensive amyloid imaging solution* in the United States for use in the evaluation of Alzheimer’s disease and other causes of cognitive decline.
The solution is comprised of three elements, Siemens’ PETNET Solutions PET imaging biomarker production and distribution expertise, the Biograph™ mCT PET•CT scanner with the industry’s finest volumetric resolution** of 87 mm3 and syngo®.PET Amyloid Plaque quantification software.* Amyloid protein occurs naturally in the body but, in a healthy person, is broken down into harmless components and naturally flushed from the brain. In people with Alzheimer’s disease, amyloid forms a buildup between neurons. When combined with another protein to form neurofibrillary tangles, it leads to neurodegeneration and the eventual death of brain cells. Prior to the introduction of amyloid imaging with PET/CT, the only way to visualize amyloid plaque was during autopsy. Now, this plaque can be visualized in the living brain. The first step in amyloid imaging is the acquisition and administration of a PET imaging biomarker.
After that, the patient undergoes a positron-emission computed tomography (PET/CT) scan, e.g. with the new Biograph mCT PET•CT scanner from Siemens. PET/CT is an imaging modality that inherently allows for early detection because it visualizes information at the molecular level. In amyloid imaging, a PET/CT is able to record sectional images of the brain that can reveal the presence of high concentrations of amyloid. Traditional PET scanning technology often lacks the fine volumetric resolution and high contrast ratio to precisely differentiate grey and white matter in the brain. Tracer signal from white brain matter is considered normal, whereas amyloid plaque in grey matter signals potential neurodegeneration.
syngo.PET Amyloid Plaque quantification software,* recently introduced by Siemens for amyloid imaging, automatically registers the amyloid-PET image against an amyloid PET reference brain, identifying target regions of interest to allow for the computation of SUV ratios and standard deviations from normal.***
Quantification software, although it does not replace visual assessment by a physician, assists physicians in making an interpretation of the PET image.

When Hibbert received the results back from her amyloid imaging scan, both she and Taylor were in for a surprise.
The scans came back negative for amyloid plaque, which meant Hibbert’s cognitive impairment was not a symptom of Alzheimer’s disease, and it is unlikely she will develop the disease.
“It changed my projection as to how I was going to treat her,” Taylor said.
After reviewing the negative test results, Taylor began looking for nonphysical causes for the mild cognitive impairment. She called Hibbert in to discuss the findings.
“As we started talking, I realized maybe there were some other areas of her life that were contributing to her anxiety levels,” says Taylor, who explained that external factors, such as stress, anxiety or even depression can lead to mild cognitive impairment. While this is more difficult to evaluate, the treatment is much more straightforward.
“I prescribed medication,” says Taylor, “and her memory is already showing signs of improvement.”
According to Taylor, leaping too quickly to an assessment of probable Alzheimer’s disease can add additional stress and anxiety, causing further cognitive decline.
“People want to latch on to something organic—a physical cause for their symptoms—not something related to emotions,” she said. ”But you remove that elephant from under the bed and people can deal with the other issues.”

The Value of Knowing

Taylor is no stranger to Alzheimer’s disease. Her mother is a victim of the disease, which propelled Taylor to go back to school and pursue a fellowship in neuro-physiology. Between 5 and 10 percent of Taylor’s practice is now comprised of patients being evaluated for cognitive decline.
“I think in the last decade, physicians and even the general public are more aware [of Alzheimer’s disease and dementia]. They are aware that there are ways to stave off the process. We can’t yet change the ultimate outcome [of Alzheimer’s disease], but we can delay the severity of the disease.”
Taylor would recommend the amyloid imaging exam to her other patients. She especially likes that it is non-invasive. “I think the test speaks for itself,” says Taylor. “It is a great addition to the evaluation of Alzheimer’s disease."
Hibbert says that she would recommend this test for others, who like herself are experiencing memory issues. “Having the knowledge allows you to do whatever is available to help relieve some of the symptoms or, in time, possibly help find a cure," says Hibbert. "I think is it important to know."

A new era is dawning in the evaluation of Alzheimer’s disease, thanks to a hallmark imaging solution pioneered with the help of Siemens and a slate of dedicated researchers. 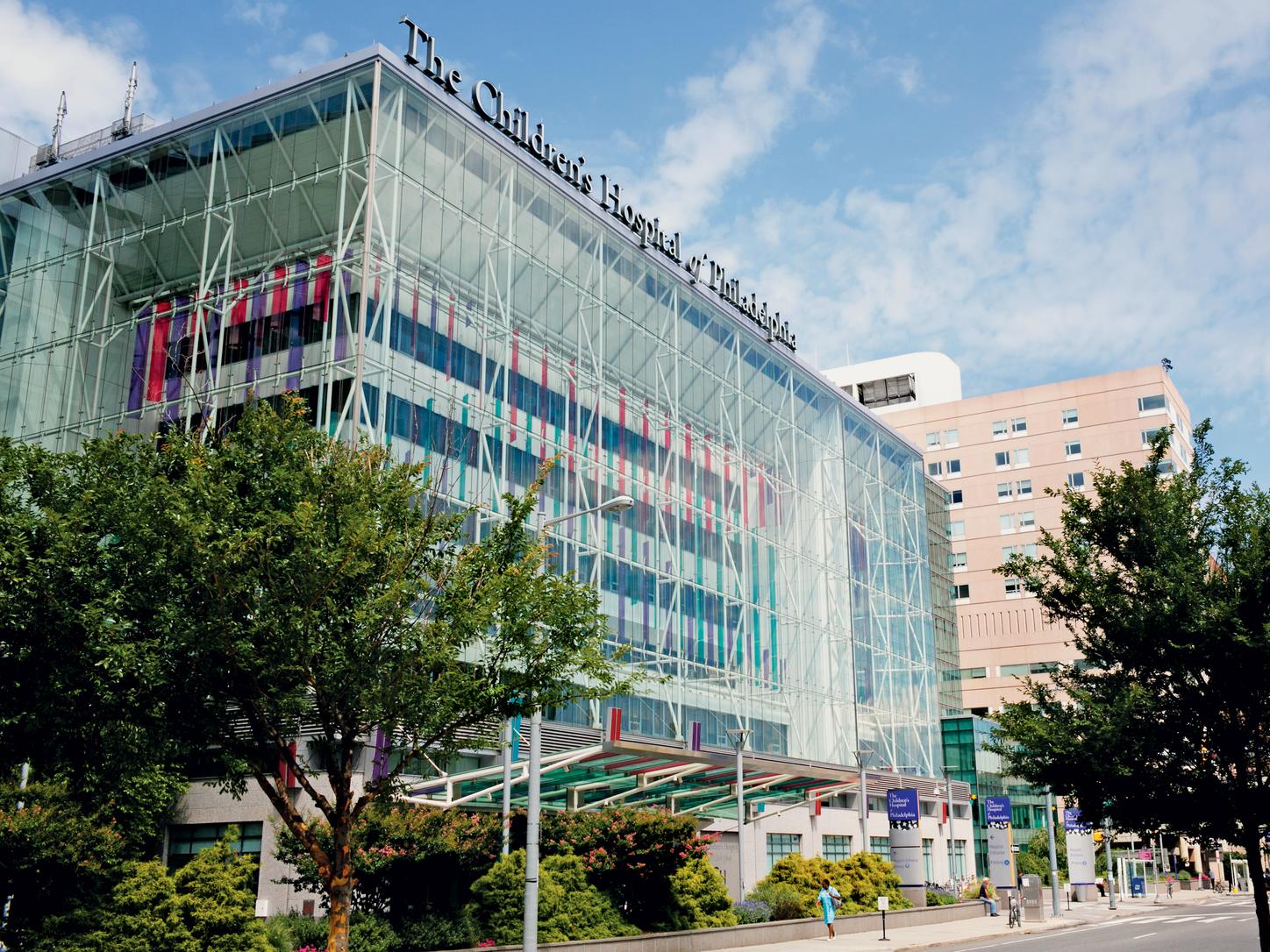 * syngo.PET Amyloid Plaque is intended for use only with approved amyloid radiopharmaceuticals in the country of use. Users should review the drug labeling for approved uses.
** Based on competitive information available at time of publication. Data on file.
*** Normal database 510(k) pending.