Coimbra Opts for Patient-friendly Technology of the Future 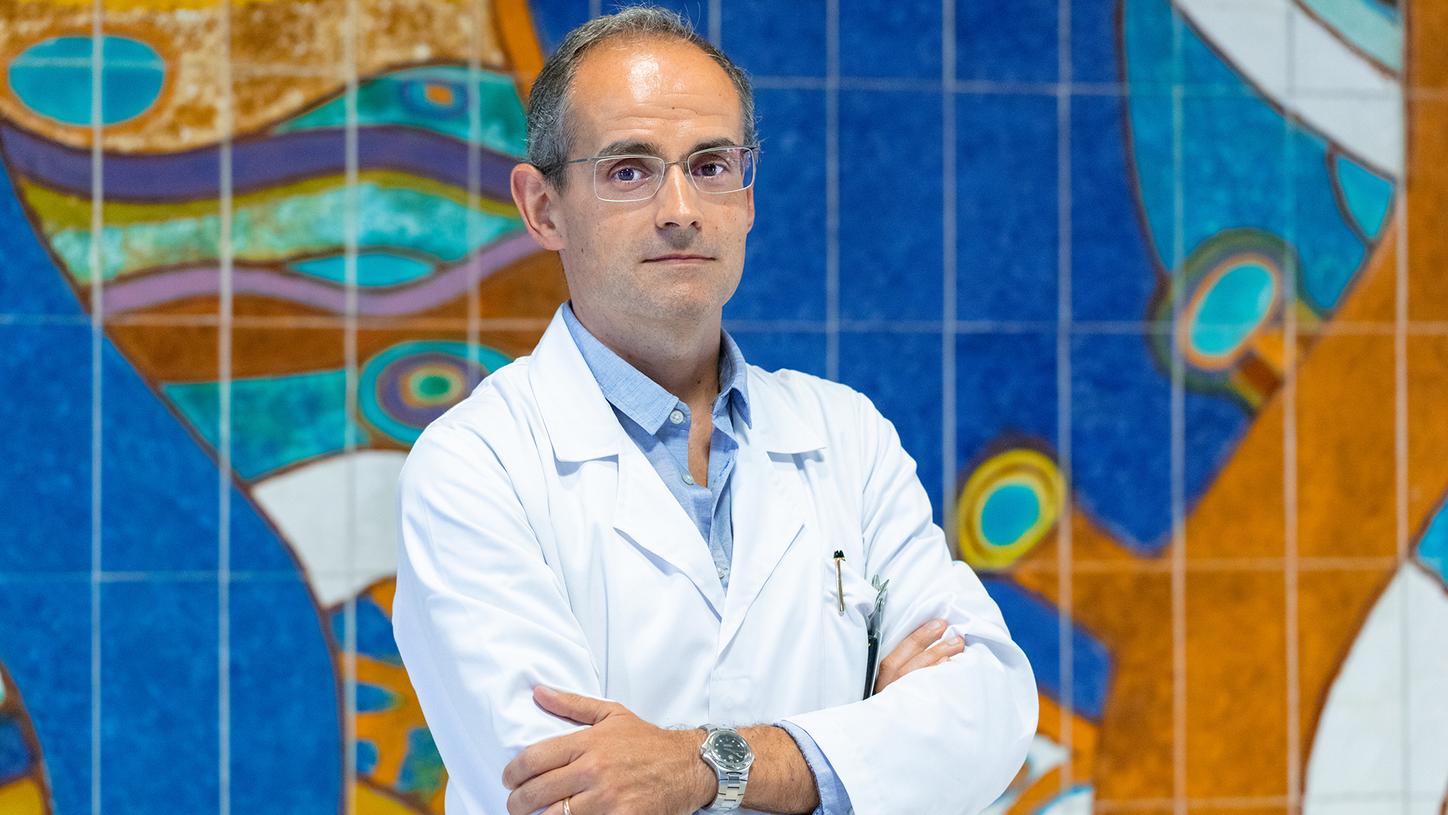 Hospitals in Portugal are struggling with growing patient numbers, a lack of personnel, and budget cuts. Even so, the department of radiology at the university hospital in Coimbra has managed to improve the quality of medical care by harnessing the latest technology.

Coimbra is a real jewel. The town’s university, with its world-famous library, is a UNESCO World Heritage Site. Founded way back in 1290, it is one of the oldest universities in the world. High above the hilly historic district, it looks down on Moorish city gates, churches, and chapels dating back to the twelfth century.

Despite the wealth of tourist attractions, the tranquil student town between Lisbon and Porto, only 50 kilometers from the roaring Atlantic Ocean, is a peaceful place. “When the 30,000 or so students go on vacation, Coimbra feels almost dead,” says radiologist Pedro Belo Oliveira, MD. Unfortunately, he can’t say the same for the department of radiology at the Coimbra University Hospital Centre (CHUC).

Biggest hospital in the country

The main reason for this huge growth in patient numbers is the effort to restructure the Portuguese healthcare system. In 2011, in the wake of the major economic crisis, six of the city’s healthcare centers were merged with the university hospital to create the Coimbra University Hospital Centre (CHUC), the biggest hospital in Portugal, with 7,700 employees, 1,800 beds, and 1.2 million patients a year. Around 62,000 operations are done annually at CHUC.

But according to Oliveira, there’s another reason why the university hospital’s direct catchment area has risen to almost three million people: “All over Portugal, CHUC has become the reference in areas including bone tumor treatment, cardiothoracic surgery, kidney and liver transplants, and endovascular treatment on neuroradiology.”

So patients aren’t just coming from Coimbra and other cities in central Portugal, but also from all parts of the country, including the Portuguese islands of Madeira and the Azores in the Atlantic, and former colonies such as Angola and Cape Verde. As a consequence, “every year, 575,000 diagnostic imaging examinations are carried out at Coimbra University Hospital Centre. Depending on emergencies, an average of 206 CT examinations are performed each day.”

This is a lot for the 50 physicians (32 radiologists and 18 neuroradiologists) and X-ray technicians to handle. They work in two shifts from 8 a.m. to 8 p.m. Until recently, the situation was made even worse by a hiring freeze and the fact that radiologists were abandoning the public system for the private sector.

But Portugal is slowly recovering from the effects of the financial crisis. More is being invested in the public health system. Among other things, this has enabled CHUC to invest in a new CT scanner, something that had long been needed. The department of radiology chose the SOMATOM go.All system. “Besides being a very good value for the money, we anticipated two main advantages from our new CT scanner: Quicker operation, and the ability to operate with lower doses of contrast agent and radiation,” explains Oliveira.

Were these expectations met? “Absolutely! Thanks to the new scanner, we’re now much more efficient and patient-friendly.” He estimates that they now require five minutes less for each patient on average. Above all, however, Oliveira emphasizes the lower doses of contrast agent and radiation: “The new technology has already paid huge dividends.” Pedro Belo Oliveira vividly remembers a patient with an abdominal aortic aneurysm who needed rapid intervention for renal dysfunction. “The fact that we could work so rapidly and with less contrast agent was of vital importance.”

The radiologist reckons that on average they’ve been able to reduce the dose of contrast agent. That’s a welcome side effect at a time where budgets are stretched to the limit, because reduced consumption of contrast agent also means lower operating costs. He also says that the doses of radiation they now operate with are up to three times lower than with other equipment. “And all this with absolutely the same high level of image quality,” says Oliveira.

“It’s definitely the technology of the future.” 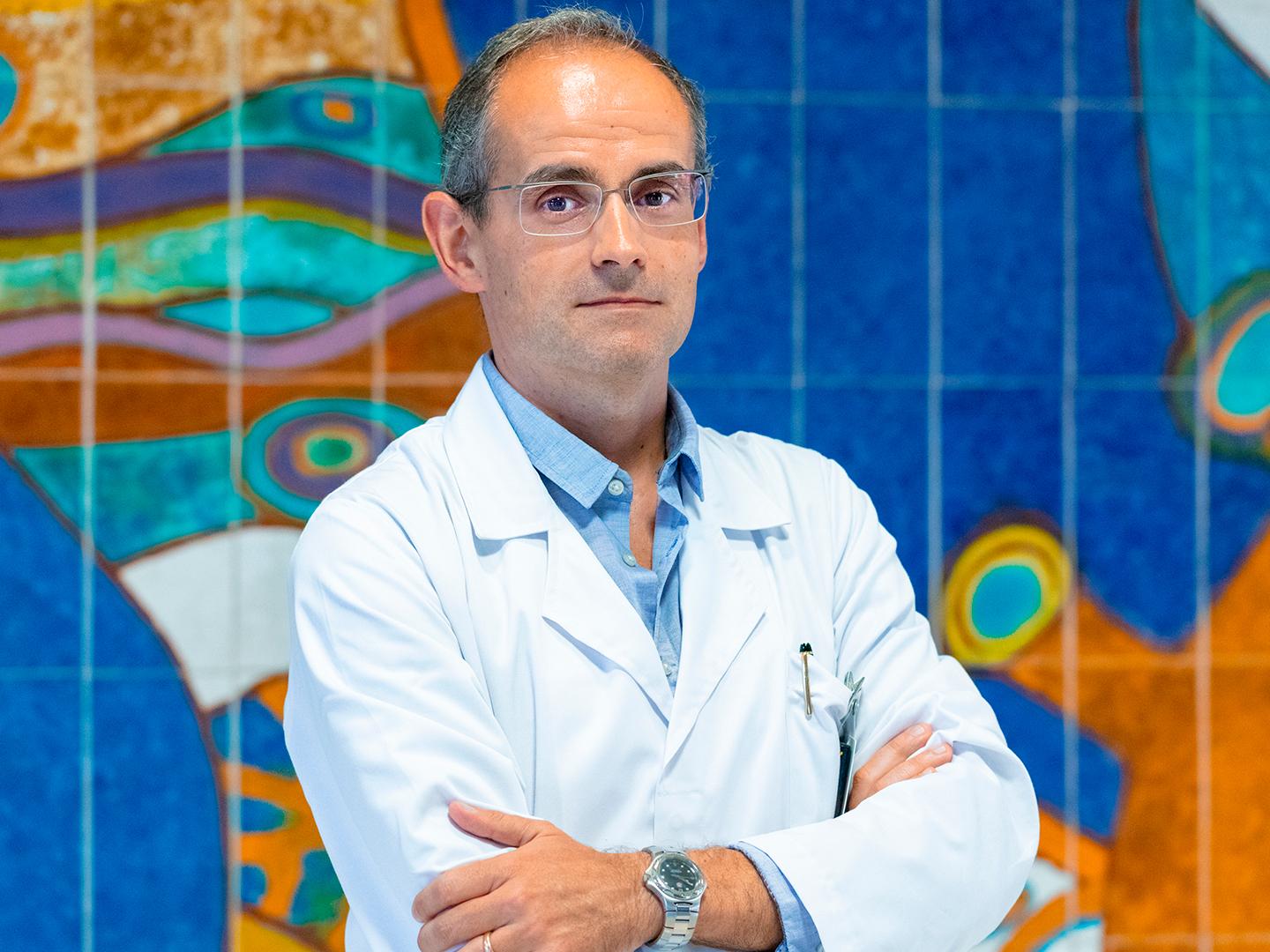 Radiographer Tiago Araújo is also excited about the new CT scanner, particularly its “extremely intuitive and easy-to-use software.” He explains that because the scan protocol includes all scan areas as standard, it only takes a few clicks to launch the imaging process. “After that, the scanning and operating protocols automatically take care of postprocessing, which makes work even more efficient,” says Araújo.

He explains that particularly when it comes to difficult manual postprocessing, for example in cases involving metallic elements such as prostheses, the software is much quicker and more precise than a radiographer.

Araújo’s fellow radiographer Teresa Rodrigues says that tablet and remote control also makes work much more efficient. “Because I no longer have to constantly switch between the X-ray room and the control room, I can spend most of the time with the patient.” That saves time and creates a calmer atmosphere for both the staff and the people they’re scanning.

Perhaps the most important advantage of the tablet and remote control function is “the fact you can spend so much time with the patient and maintain eye contact, which makes them feel more at ease than if you can only talk to them over the intercom from the control room. That’s particularly important for children and people with claustrophobia or other anxieties.” After all, as Rodrigues points out, many of the patients lying in the CT scanner have a tumor and are expecting bad news.

If patients are nervous and move around a lot, poor images can result and sometimes even time-consuming repeat scans become necessary. The tablet and remote control function is incredibly helpful for patients with dementia. Often, these people forget what to do or even where they are.

“It’s definitely the technology of the future, so I’m really glad we have it. As a research and university hospital, we’re also responsible for training future generations of physicians. This way, they get to learn how to work with technologies at the leading edge,” says radiologist Pedro Belo Oliveira.

Manuel Meyer reports from Spain and Portugal for the German medical newspaper ÄrzteZeitung.