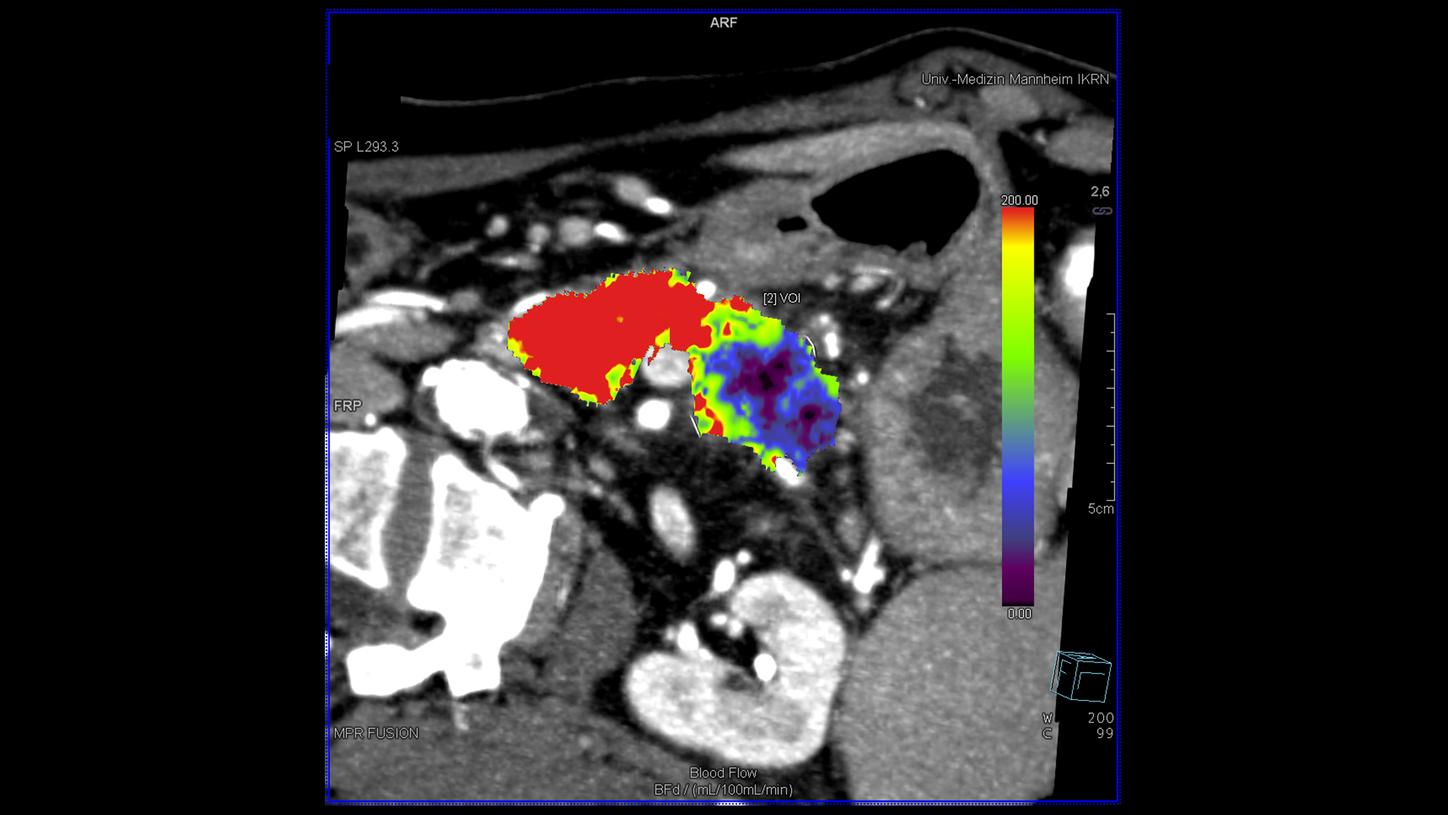 A 62-year-old male patient presented to the hospital, complaining of persistent upper abdominal pain which was exacerbated after intake of fatty foods. He claimed to have lost 15 kg and to have completely quit consuming alcohol in the past two months. Fatty defecation had not been observed, however, a tendency toward obstipation had developed which could be occasionally relieved by inducing vomiting. The patient had a history of acute pancreatitis, gastrointestinal ulcer bleeding within the duodenum, chronic type B gastritis, and pandiverticulosis. Endosonography results indicated a suspected chronic pancreatitis. Esophagogastroduodenoscopy revealed erosive gastritis, a gastric voiding disorder as well as an axial hiatus herniation. A biphasic CT examination of the chest and abdomen, as well as perfusion imaging of the pancreas, were requested for further evaluation.