The convergence of nuclear medicine and pediatric orthopedic surgery 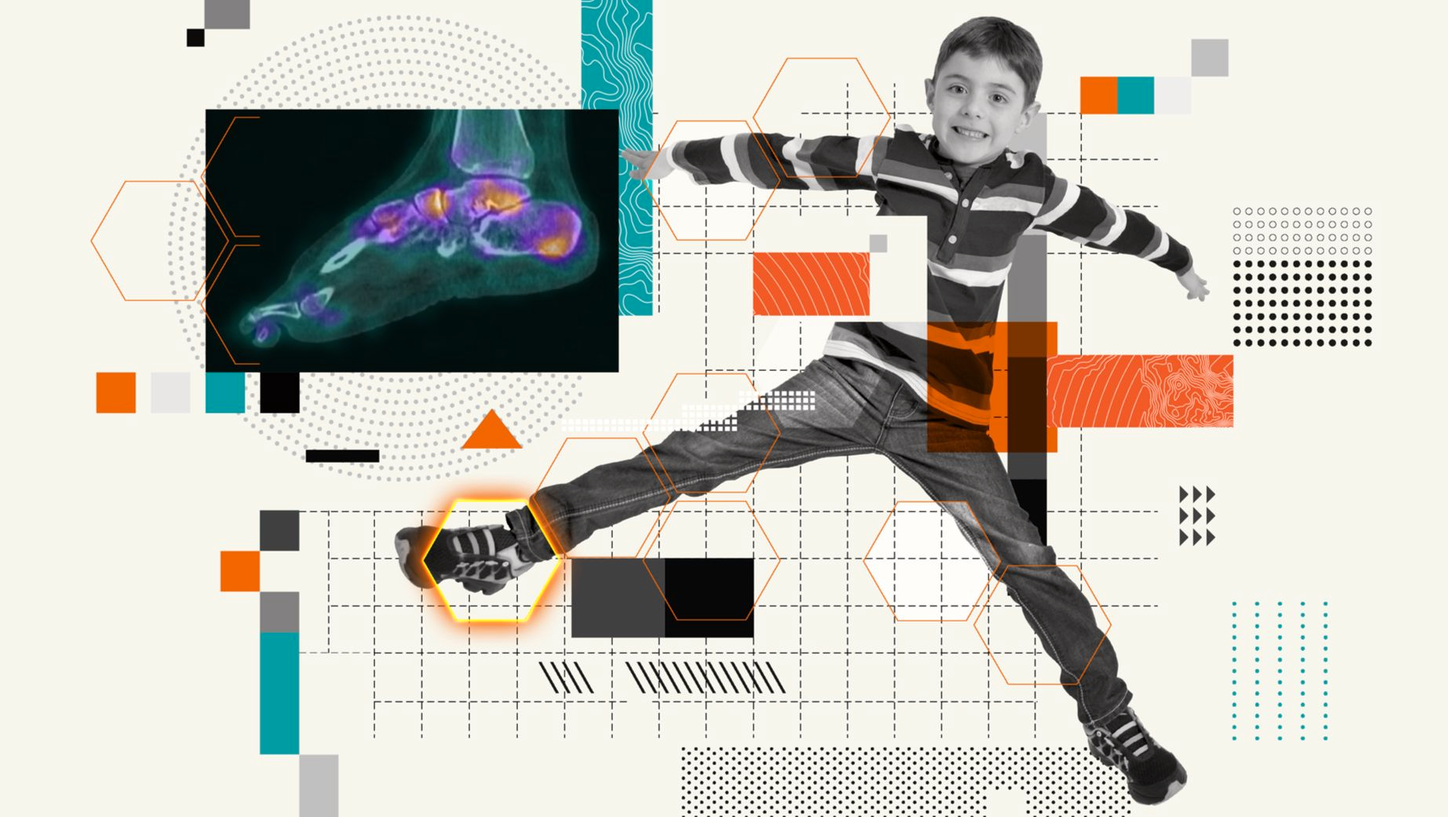 In pediatrics, young patients may not be able to communicate the exact location and intensity of the pain they’re experiencing. With SPECT/CT the origin of pain becomes clearly visible, which can lead to more accurate diagnoses and surgical planning. Nuclear medicine physicians are learning how to share visual findings from SPECT/CT with referring orthopedic surgeons, resulting in improved collaboration and outcomes.

At Great Ormond Street Hospital for Children (GOSH), the well-known pediatric tertiary referral center in London, UK, the first SPECT/CT scanner in the nuclear medicine department was installed in 2008. At the time, none of the staff had any experience with using the CT component on children, recalls Lorenzo Biassoni, MD, nuclear medicine consultant at GOSH, so the following year was spent developing child-friendly, low-dose protocols.

Biassoni and his colleagues have been using SPECT/CT to complement bone scans since 2009. The use of SPECT/CT in orthopedics was largely motivated by consultant orthopedic surgeon Professor Deborah Eastwood, MD, FRCS, who had previous experience with SPECT/CT bone scanning at Royal Free Hospital, London, and understood its value in planning surgery. “When I first heard that SPECT could be linked to the CT to really localize the hotspot, it became increasingly useful to help me localize where the problem might be in a child,” Eastwood recalls.

“It has been critical to have someone like Professor Eastwood who is really well acquainted with the technique and its value and strengths, as well as its weaknesses,” Biassoni says. “This was a great starting point, others gradually learned about it, and now we get referrals from many colleagues in the orthopedics department.” By setting up protocols together and a language of reporting that they both understand, “this has enabled us to achieve a good working relationship,” Biassoni emphasizes.

"If MRI, CT, and plain film aren’t all giving the same picture, then SPECT/CT can add real value." 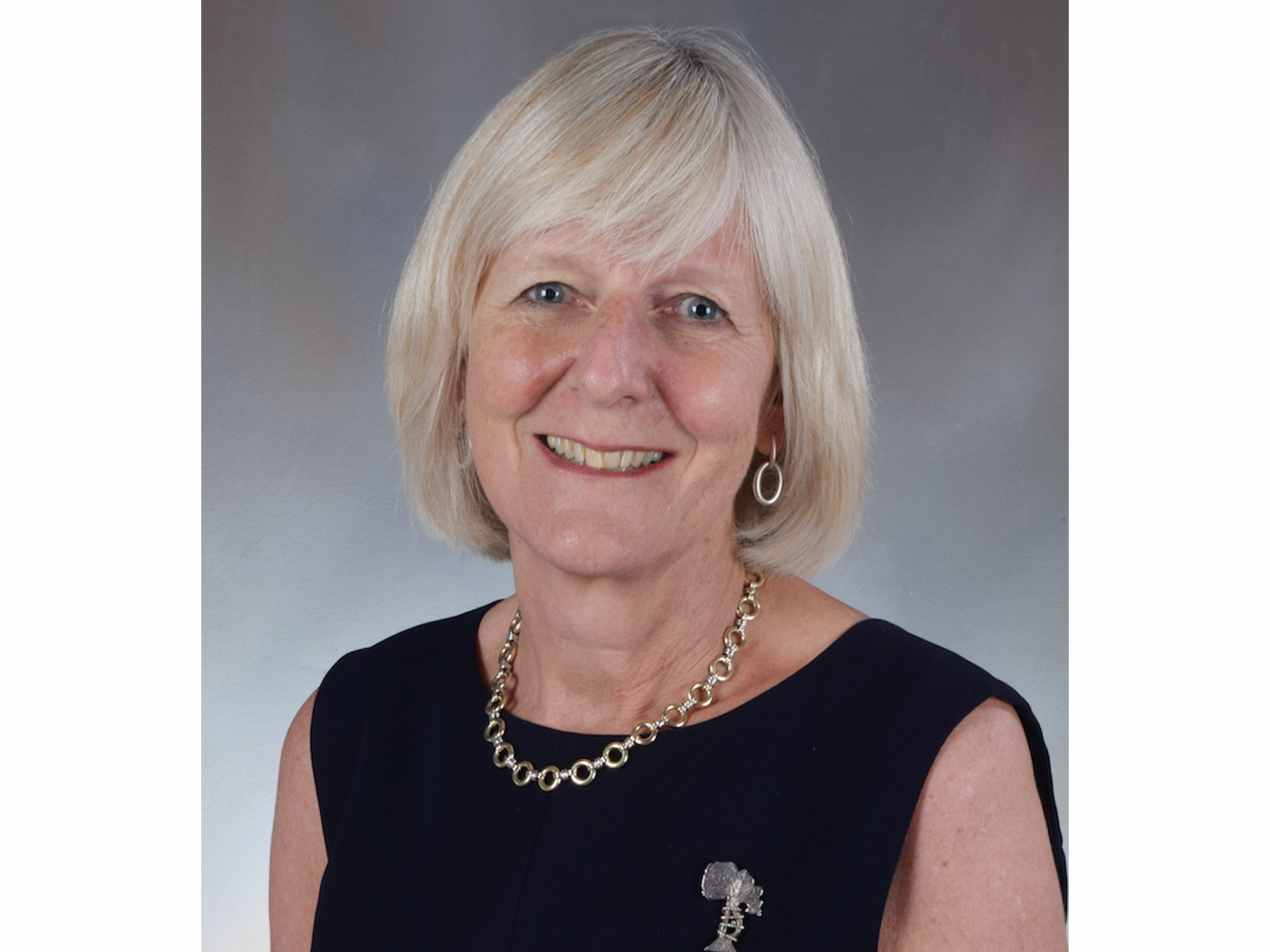 SPECT/CT is not an appropriate investigation for every child with foot pain, but it is beneficial for a selected group, “when your normal clinical skills and routine imaging can’t pinpoint whether there is a problem and where that problem is,” Eastwood stresses. “If MRI, CT, and plain film aren’t all giving the same picture, then SPECT/CT can add real value,” she says. “Now I would go from plain imaging straight to a SPECT/CT scan in certain patients,” Biassoni agrees. “There is no point in referring every patient, because we could get a nonspecific result that doesn’t mean anything, and in the end it could backfire against the usefulness of the test itself,” he says. He recalls that after a few years of experience, they think they have achieved the correct balance in patient selection. “These are patients in whom I’m usually operating to improve pain,” Eastwood says, “so if we can identify convincingly where the pain is coming from, then I can plan a procedure that will help the pain.”

Eastwood believes that the best value from SPECT/CT is seen in the adolescent patient.
“Adolescence is a really difficult time,” she acknowledges. “There is undoubtedly a lot of emotional and physiological pain and it can be very difficult to work out how much is in each camp,” she says. Another cohort that is useful to investigate is in patients who have already had multiple surgical procedures, and in whom it’s very difficult to localize where and how significant their real pain is. She recalls a case where a patient appeared to need additional foot surgery, but then the SPECT/CT scan showed a hotspot at the ankle joint, so appropriate treatment was redirected. Another group consists of patients with developmental anomalies that can often be asymptomatic for many years but may cause severe pain in some patients. “I don’t want to blame the developmental anomaly without some confirmatory evidence from the scans that this is where the patient’s symptoms are coming from,” Eastwood states.

“In a select group of patients, SPECT/CT has been a really positive point in helping us understand the child’s symptoms and what to do.”

Deciding on surgery or conservative management

For each patient, Biassoni and Eastwood must together decide whether SPECT/CT findings are in keeping with a pain generator and whether the site of the pain generator is in keeping with what the patient says. “I always call it a jigsaw puzzle,” Eastwood explains. “If all the little pieces fit together nicely, then you can be sure that it’s the correct picture. The interesting group is where I’ve expected to find a pain generator and I’ve been planning an operation, but then Lorenzo says, ‘There is no pain generator there; there’s a little generalized unhappiness in the foot, but there’s nothing specific,’ and that makes me go against surgery.”

“This is the great value of working together as a team,” Biassoni stresses. “We sometimes think, because we are not involved in surgical management of the patient, that a hotspot may be significant. But only by reviewing the result in the multi-disciplinary team meeting do all the pieces of the jigsaw come together and a decision can be made as to whether it is really significant and deserves surgical intervention or whether it can be just watched or treated with physiotherapy or better footwear.”

Eastwood and Biassoni, and their colleagues, face unique challenges in managing their young patients. Eastwood says her biggest difficulty is trying to determine the location of pain in children, who are unable to localize it, and in adolescents, who tend to say, “it hurts all over”. It’s well documented that parents’ recall of where their child is having pain is often incorrect, she adds. For Biassoni and his nuclear medicine colleagues, the main challenge is to get their patients quiet and relaxed, so they can acquire high-quality images. “Having a restless child is a recipe for disaster,” he says. It is important that all GOSH radiographers can establish a rapport with the child and family, he stresses.

In 2018, GOSH installed a new Symbia Intevo Bold™ scanner that came equipped with a 16-slice CT component. “Of course it is a better-quality CT, but the scanner’s processing software, including iMAR, SPECT/CT and VRT fusion, and xSPECT Bone™ further improves image quality.” SPECT/CT is especially efficient in minimizing artifacts from metalwork that patients have in place after surgery, Biassoni adds.

When the new scanner was installed, the surrounding environment was made more child-friendly based on recommendations by pediatric radiographers. Funded by Great Ormond Street Hospital Children’s Charity, ambient changeable lighting was installed along with an entertainment system that can project videos onto a wall. The child can bring their favorite DVD or program that plays during scanning. “This has been extremely helpful, and we have had a lot of positive feedback from families and patients,” Biassoni states.

In praise of teamwork

“In a select group of patients, SPECT/CT has been a really positive point in helping us understand the child’s symptoms and what to do,” Eastwood says, attributing their success to team work in “a smallish group of medically/socially/emotionally complex patients.” Their study assessing the diagnostic yield of SPECT/CT in this select group of children with complex foot/ankle pain was recently published in the Journal of Children’s Orthopaedics.1 While their study spanned a 10-year timeframe, others looking to utilize SPECT/CT in orthopedics may not need such a long learning curve, she believes. Biassoni agrees and suggests that further evaluation of SPECT/CT in additional select groups of patients may be warranted.

Linda Brookes, MSc, is a freelance medical writer and editor, dividing her time between London and New York, working for a variety of clients in the healthcare and pharmaceutical fields.

The Convergence of Nuclear Medicine and Musculoskeletal Medicine

The treatment of musculoskeletal pain is a precise practice that requires accurate localization of possible pain generators. Given SPECT/CT's intrinsic anatomical and physiological imaging properties, it is an ideal choice in helping musculoskeletal medicine practitioners locate pain origins and develop effective treatment plans.

The Convergence of Nuclear Medicine and Orthopedic Surgery

The convergence of nuclear medicine and musculoskeletal medicine has many benefits, particularly in orthopedic surgery. The capabilities of SPECT/CT technology, combined with advanced reconstruction and reading solutions, allow for accurate localization of pain origins that support diagnostic confidence and surgical accuracy.

The content in this material was created just prior to the outbreak of the C0VID-19 pandemic. Therefore, the depictions may not reﬂect the situation following the implementation of strict protective measures.

The statements by Siemens Healthineers customers described herein are based on results that were achieved in the customer’s unique setting. Since there is no “typical” hospital and many variables exist (e.g., hospital size, case mix, level of IT adoption) there can be no guarantee that other customers will achieve the same results.
1
Yeats JC, Rahbek O, Griffith N, Easty M, Biassoni L, Eastwood DM. Bone scan with SPECT/CT in children with complex foot and ankle pain: Initial experience of a paediatric tertiary referral centre [published online ahead of print August 11, 2020]. J Child Orthop. doi:10.1302/1863-2548.14.200062.