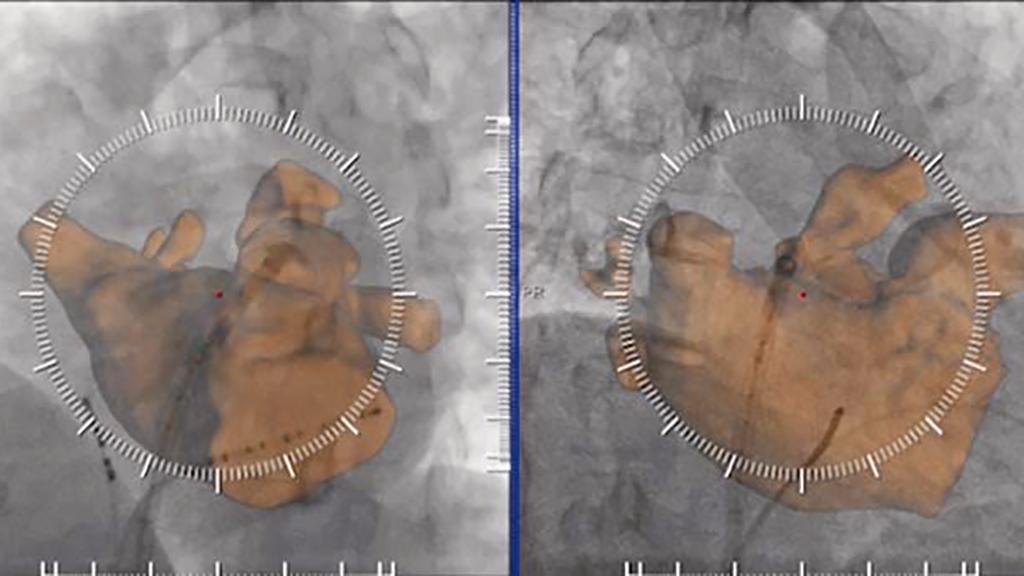 A 52-year-old male patient was admitted for ablation of paroxysmal atrial fibrillation (Afib). After radiofrequency ablation of an accessory pathway 10 years earlier, he had now been suffering from frequent episodes of tachyarrhythmias for several years. In the past 12 months, the patient had been hospitalized three times due to highly symptomatic and fast Afib (EHRA class III). The arrhythmia had been refractory to flecainide. Additional cardiac risk factors included excess weight, hypertension, and hyper-cholesterolemia. However, blood pressure and cholesterol were well controlled via angiotensin receptor antagonist and statin therapy.