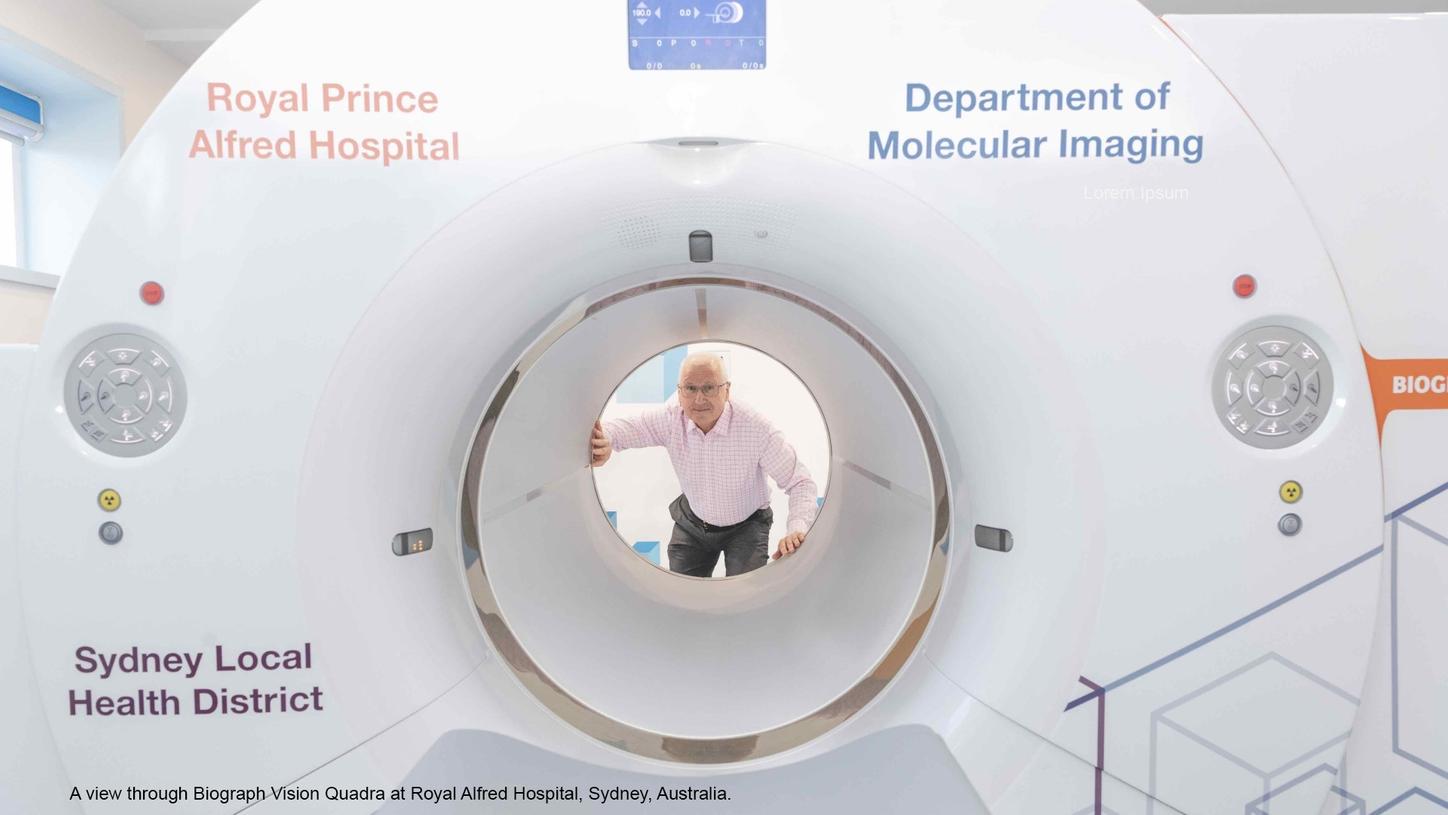 A champion of PET innovation

As a pioneer in the use of PET since the late 1980s, Professor Michael Fulham, MBBS, of the Royal Prince Alfred Hospital (RPA) and the University of Sydney in Australia, recalls technical challenges and the difficulty convincing clinicians of the value of positron emission tomography (PET) when he first returned to Australia from the United States.

Those challenges are a distant memory for Fulham and RPA, where he is the director of the Department of Molecular Imaging and the clinical director of Medical Imaging in Sydney Local Health District (SLHD). The hospital recently surpassed the milestone of 120,000 PET and PET/computed tomography (CT) scans and has the distinction of being the first hospital in Australia and the second hospital worldwide to install Siemens Healthineers’ Biograph Vision Quadra PET/CT scanner.
With the 106-cm axial PET field of view Biograph Vision Quadra offers, Fulham and his colleagues have achieved an even higher level of patient care and research excellence made possible by whole-body, vertex-to-thighs imaging. “When you can see everything at once—the brain, the heart, the liver, the abdomen, the pelvis—that to me is a game changer,” Fulham says. “Why? Because you’ve got true simultaneity, both for clinical work and for research.” 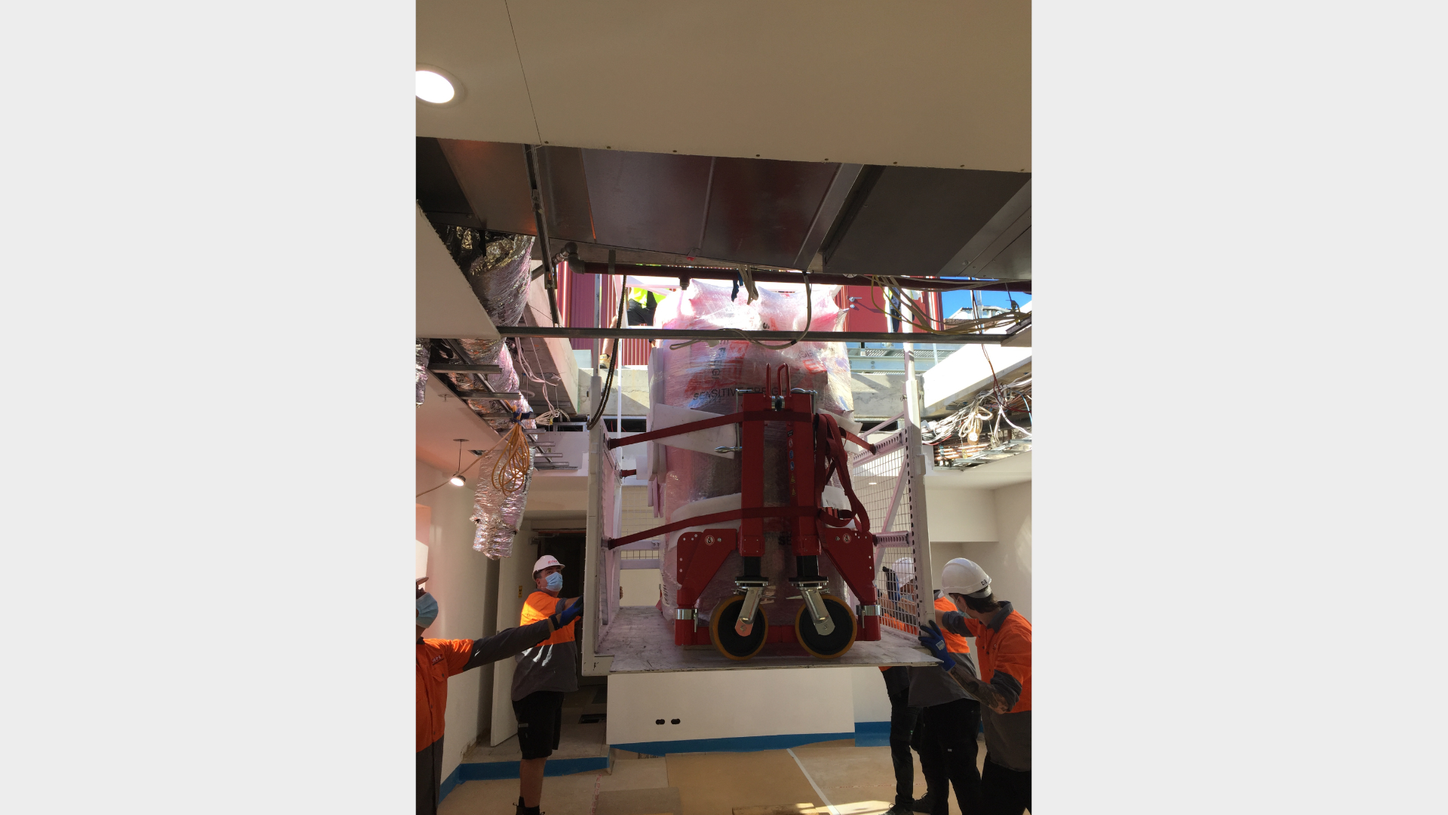 A crane lowers Biograph Vision Quadra through the roof during the installation at Royal Prince Alfred Hospital, Sydney, Australia, in 2020. 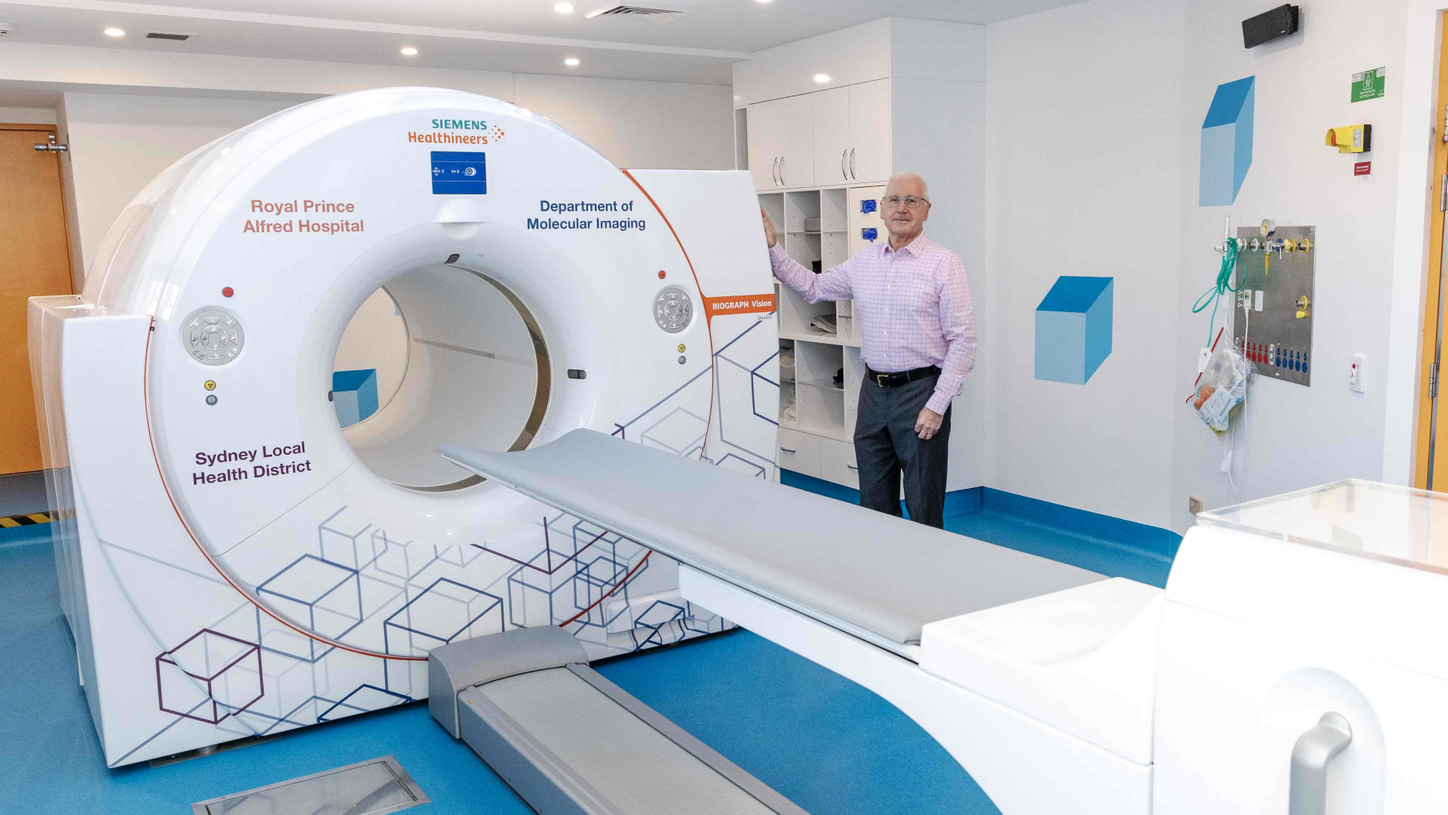 Fulham conducted research on the capabilities of PET in the late 1980s at the National Institutes of Health in Bethesda, MD, USA, before returning to RPA in 1993, shortly after the hospital launched its PET program. RPA, voted as the best hospital in Australia in a 2022 survey, has long been one of Australia’s premier tertiary referral hospitals and the principal teaching hospital of the University of Sydney.1

Fulham notes that early PET scanners had gantries that could only accommodate the head, but the development of CTI ECAT 951 opened up a new era by enabling the imaging of all body parts. The Siemens ECAT 951 was the scanner installed in RPA in 1992. He recalls that surgical oncologists at RPA, rather than medical oncologists, were the most enthusiastic early adopters of PET imaging. Its utility in guiding and improving treatment for patients with cancer of the skin (melanoma), liver, lung, and stomach formed the foundation that later convinced other clinicians, such as hematologists, respiratory physicians, medical oncologists, radiation oncologists, of its potential. “We aim for the best,” Fulham says, “and that’s really what’s driven our program.”

RPA’s early adoption of imaging modalities to improve patient care is consistent with its history of medical innovation and leadership, both as a teaching hospital and as a referral hospital that has cared for patients since 1882. Fulham emphasizes that results drive the hospital’s decision-making and enable him to make the case for new investments in technology. 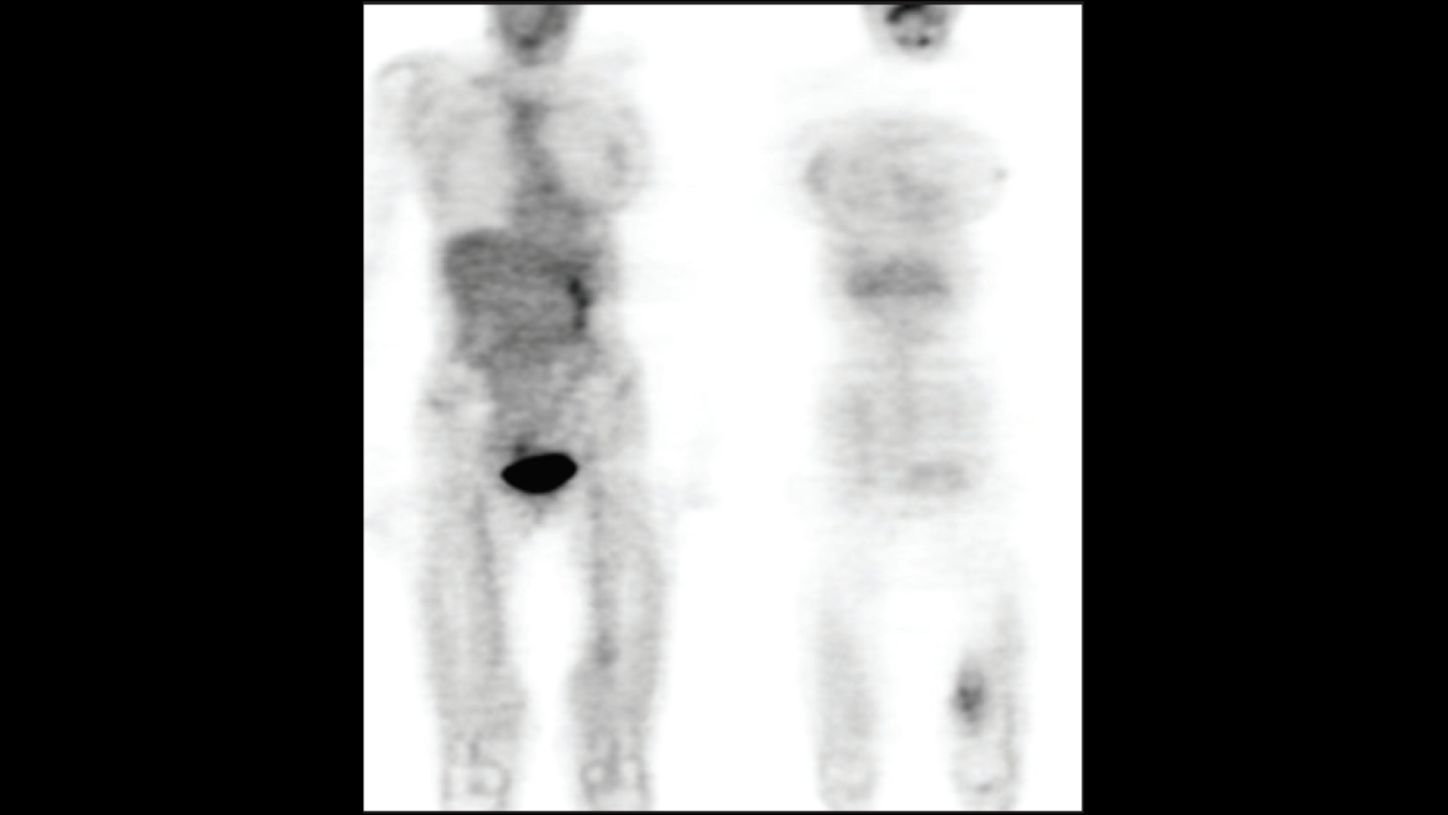 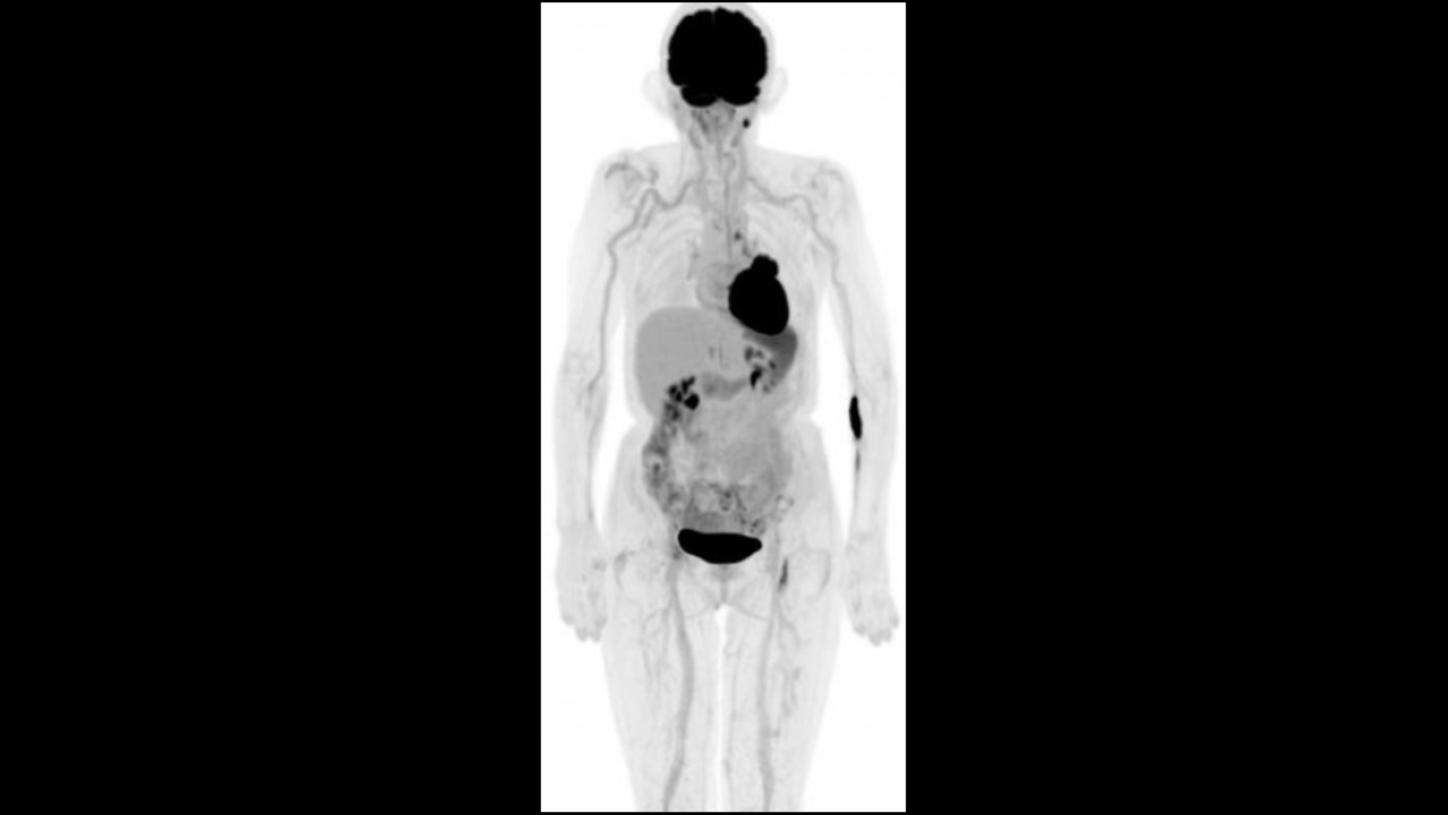 “My approach is that if you’ve got meaningful and accurate data, it’s very hard to argue against it,” he says. “What’s important is to demonstrate how imaging with PET changes patient care and how it can be efficient and productive. And we’ve done all of those things.”

Advances in scanner reliability and image quality continued throughout the 1990s, “but when PET/CT was released at RSNA 2000, it was clear that the paradigm would change,” Fulham says. At that stage, Fulham said that 8 to 9 scans were the most scans that could be done in one day. Each scan took 64 minutes to acquire data from the base of the skull to the upper thighs. “It’s not just about anatomical localization,” he added. “It’s really about how both work together. The PET in the Biograph™ Duo PET/CT had LSO detectors that were so much faster. So coupled with the anatomical data from the CT, the introduction of PET/CT was a tremendous advance—we could do faster and better scans.”

Fulham says the central role that PET/CT now plays in patient care at RPA and how quickly the technology has evolved are perhaps best illustrated by looking back at the number of scans the hospital has performed. When he began working at RPA in the early 1990s, the hospital scanned its first 100 patients over a span of 10 months. Scanning the first 1,000 patients took 25 months. Fast forward to July 2019, and RPA reached a milestone of 100,000 patient scans. By the end of March 2022, it had already reached 120,000 scans.
RPA installed two Biograph Vision™ scanners in 2019. With 3.2-mm LSO crystals that deliver high spatial resolution and fast time of flight, the scanners enabled Fulham and his colleagues to confidently detect small sites of disease that would otherwise be missed.

“With Biograph Vision, the crystal size was smaller, and the sensitivity increased compared to our Biograph mCTs,” he says. “The image quality, which was already very good on the two Biograph mCTs we had, improved yet again, and with it came the confidence in detecting sites of disease in even smaller structures. This, once again, changed patient management.”

By incorporating four detector-block assemblies found in Biograph Vision alongside each other, Biograph Vision Quadra significantly enhances effective sensitivity. Fulham describes the decision to install it at RPA as “a no brainer.” 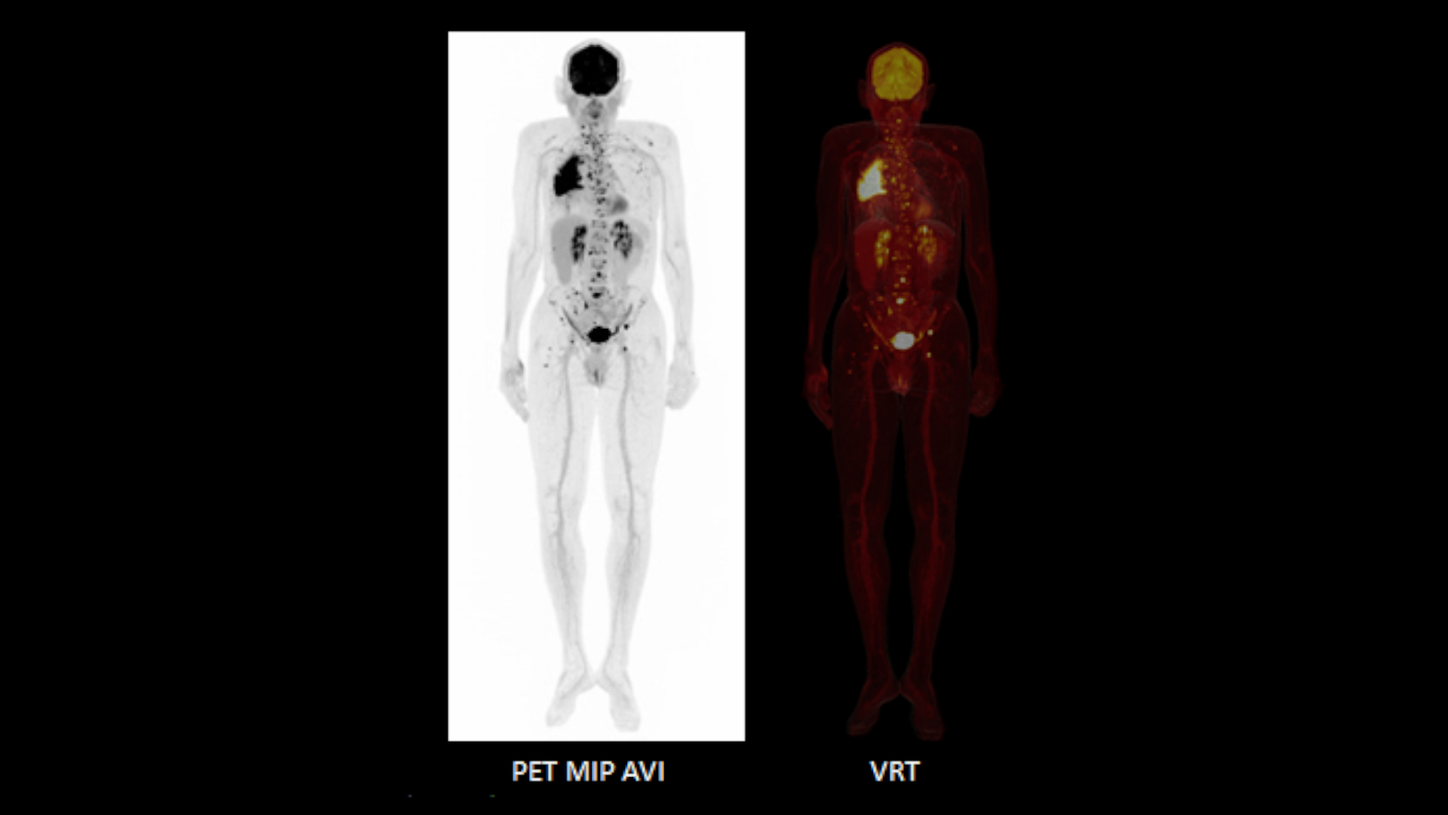 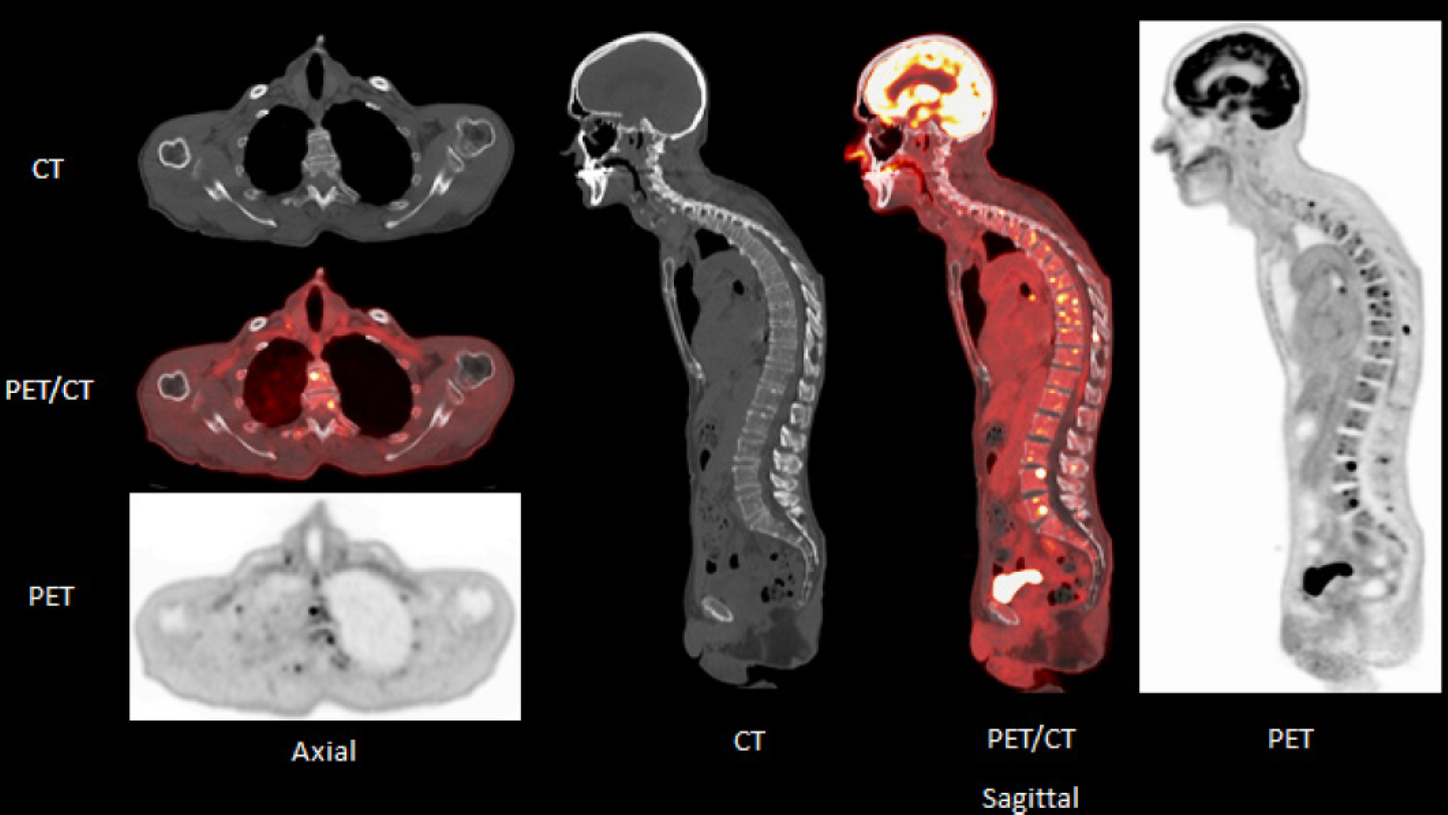 A workhorse for clinical care and research in PET/CT imaging

Fulham emphasizes the importance of being able to scan multiple organs simultaneously, noting that it enables the assessment of tracer kinetics. He and his colleagues are assessing optimal scan acquisition time and dose and adapting the parameters for different body types. “There’s so much potential in Biograph Vision Quadra that it really is untapped,” he says. “We’re only just starting to scratch the surface of what it can do in our research areas.”

In clinical care, Fulham noted that the image quality that Biograph Vision Quadra produces with shorter scan durations and with reduced doses is ‘ridiculously good.’

“Nothing can detect disease in small nodes in prostate cancer like a PSMA scan with Biograph Vision Quadra,” Fulham says. “We pick up nodes as small as 2 mm that have uptake in them, and the scanner gives you the confidence that it’s real, it’s there, and it means better patient care.” He added that “we have scanned some patients where the image quality at a 1-min acquisition is diagnostic, which is unbelievable.”


The rapid scan times that Biograph Vision Quadra enables have increased patient throughput at RPA and, importantly, patient comfort. He recalls a patient with a very high body mass index (BMI =64.2, 419 lb/190 kg) who had been scanned previously on the Biograph Vision scanner. “She was blown away when she was on the bed for 12 minutes,” Fulham says. “The patient asked the tech, ‘Is it done? The last time I was here I was on the bed for 45 minutes.’ This is incredibly meaningful for the patient, and not only that, the image quality was truly unbelievable for a patient with a high BMI.”

For Fulham, outcomes such as these reaffirm how the early adoption of new technologies can benefit patients. “The journey has been focused predominantly on making sure that we do the right thing by the patient, having fantastic technology, and a receptive vendor who’s prepared to push the envelope,” he says. “Our relationship [with Siemens Healthineers] has been based on a solid understanding of what the technology is capable of and what we need.”

"When you can see everything at once—the brain, the heart, the liver, the abdomen, the pelvis—that to me is a game changer. Why? Because you’ve got true simultaneity, both for clinical work and for research." 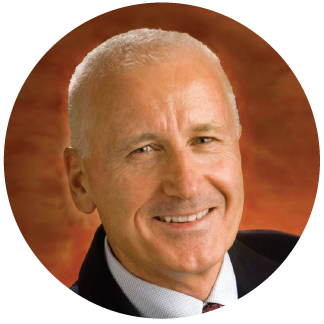 Fulham emphasizes that RPA plans to continue growing its PET/CT program to better serve its patients and to continue to advance the field through innovative research.

“Was it the right decision to get a Biograph Vision Quadra?” Fulham asks rhetorically. “Yes. And what are we going to do next? Of course, we are going to get another one!”

“We’re expanding the department in the near future, and I hope to have a PET/MR as well as a new PET/CT scanner. The workhorse will be Biograph Vision Quadra, and it’ll be the workhorse both for research and for clinical care.”

Sameh Fahmy, MS, is an award-winning freelance medical and technology journalist based in Athens, Georgia, USA. 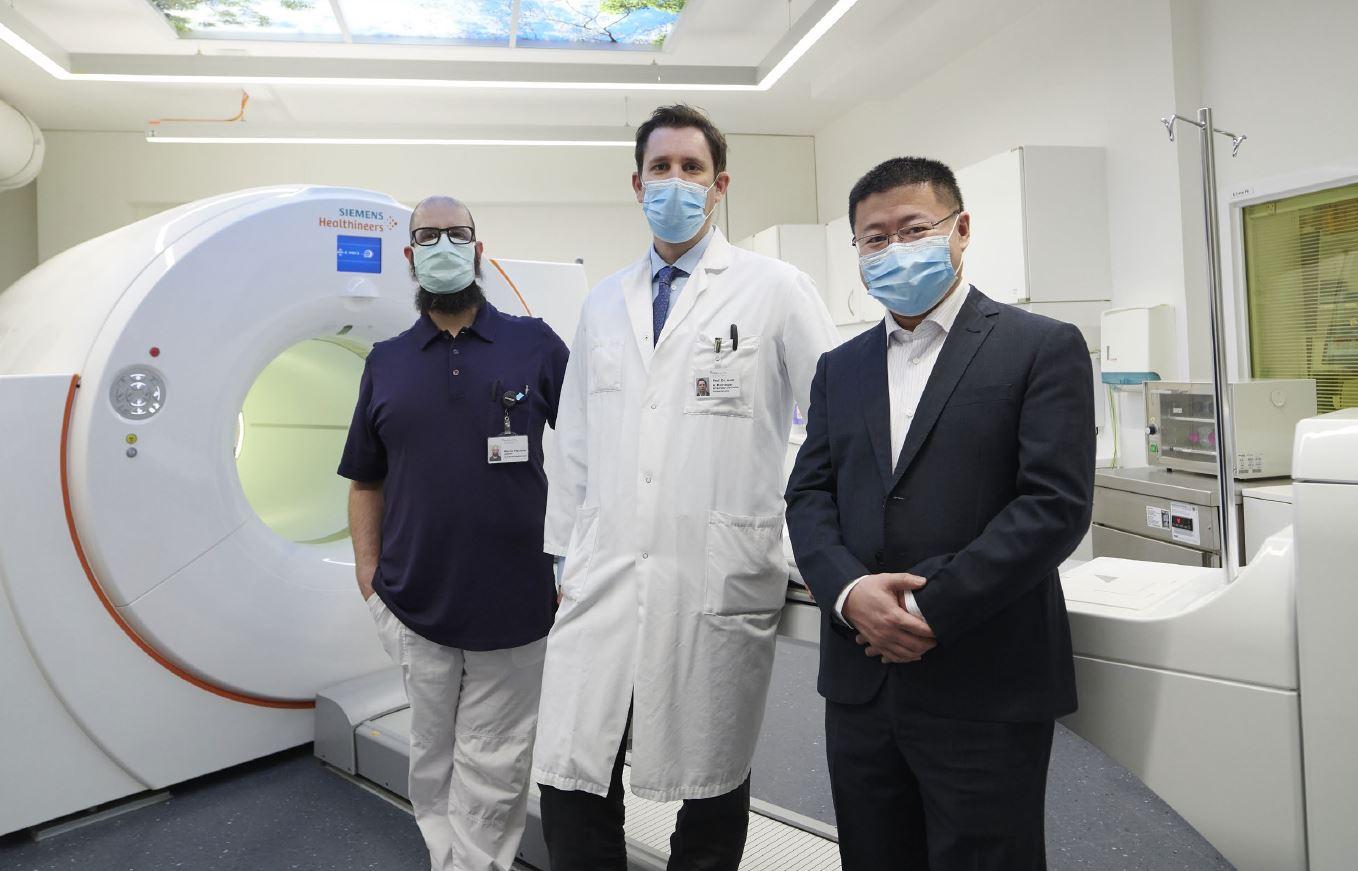 A quantum leap in PET/CT imaging

For nuclear medicine clinicians and researchers at Switzerland’s Inselspital, Bern University Hospital, being the first site to install Biograph Vision Quadra™ marked the conclusion of a process that began when their team crossed the Atlantic to consult with Siemens Healthineers as they designed the next-generation whole-body PET/CT scanner. A practical approach to cardiac PET/CT

SPECT/CT is the most common nuclear medicine imaging modality used to visualize blood circulation in the heart; however, in an increasing number of locations, facilities are switching to PET/CT. The Northwest Clinics in the Netherlands has been one of the region’s pioneers in deploying cardiac PET/CT on a large-scale clinical basis.

a
Based on competitive literature available at the time of publication. Data on file.
b
The statements by Siemens Healthineers customers described herein are based on results that were achieved in the customer’s unique setting. Since there is no “typical” hospital and many variables exist (e.g., hospital size, case mix, level of IT adoption), there can be no guarantee that other customers will achieve the same results.
c
Biograph Vision Quadra is not commercially available in all countries. Due to regulatory reasons, its future availability cannot be guaranteed. Please contact your local Siemens Healthineers organization for further details.