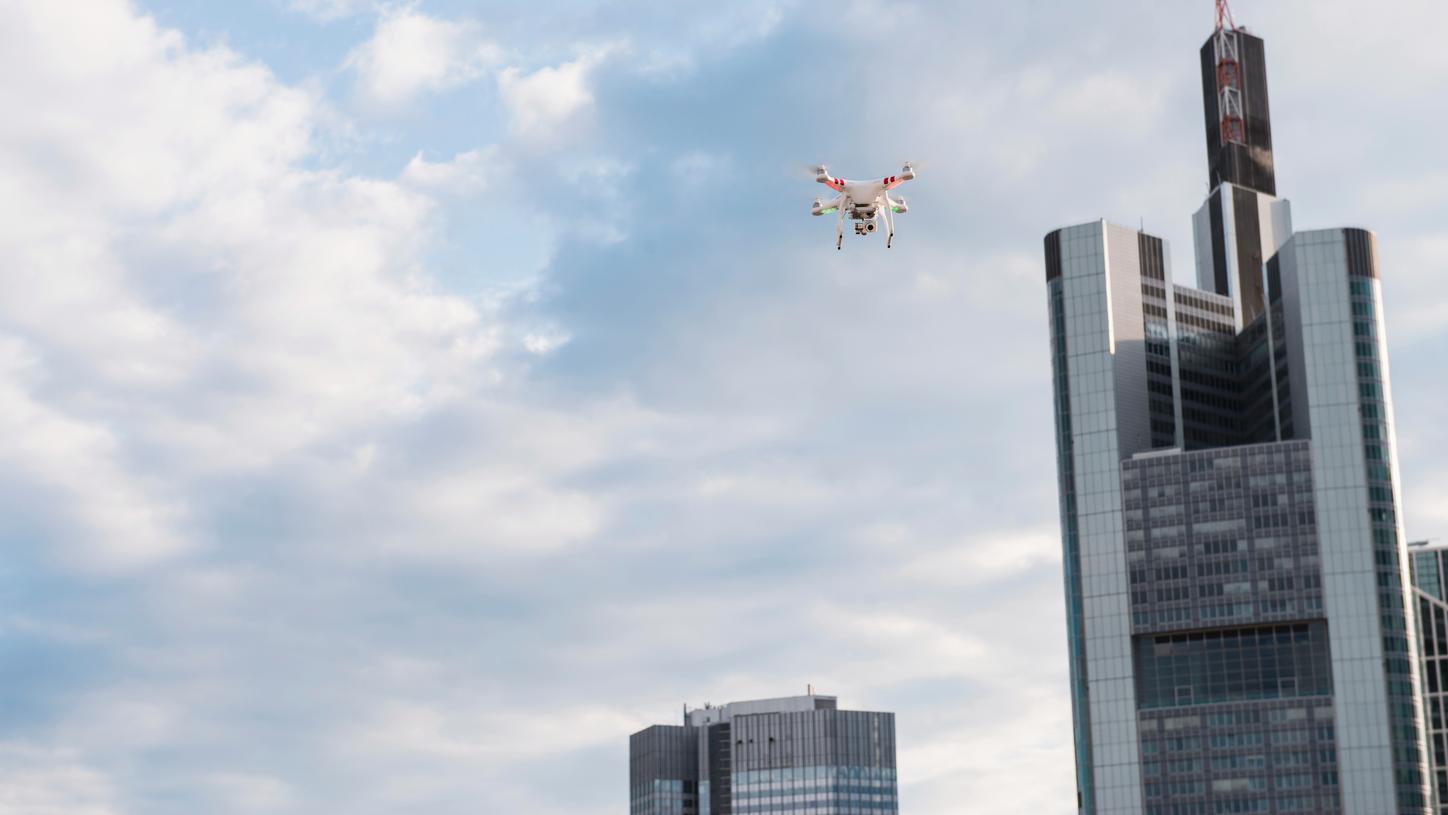 Agaplesion plans to use drones as part of their digitalization strategy.

Gone are the times when a hospital’s digital strategy was limited to choosing a suitable hospital information system. Anyone hoping to stay afloat in the face of competition for patients, ever-expanding regulatory requirements, and healthcare’s emerging platform economy must make digitalization a top priority. In doing so, they must take into account the entire patient journey and especially the quality of care.

“For about three years, every management conference has been about digitalization. It’s an ongoing issue for us.”

Digitalization as an ongoing issue

An increasing number of executive boards and senior physicians in Germany’s hospitals have come to understand the enormous importance of digitalization for their institutions. In Rostock, for example, the University Medical Center’s executive board has plans to introduce a regional patient record for the whole of Mecklenburg-Western Pomerania. In another case, the senior radiologist at Cologne’s Krankenhaus der Augustinerinnen hospital is turning to the cloud to optimize the quality of CT imaging.

Founded in the Frankfurt region in 2002, Agaplesion has 25 hospitals, 20 Ambulatory Healthcare Centers (AHCs), and 35 residential and nursing homes across Germany, largely maintained by the Protestant Church, and takes a comprehensive approach to digitalization. For his company, Horneber has prescribed a digital strategy that encompasses and permeates the entire organization: “For about three years, every management conference has been about digitalization. It’s an ongoing issue for us.”

Agaplesion’s digital strategy is founded on a relatively homogeneous IT landscape: Almost all acute-care hospitals use the same hospital information system, and almost all old-age and nursing homes have the same nursing system. Agaplesion also has a group-wide data warehouse at its disposal. At the organizational level, standardizing the technology was accompanied by a restructuring of the IT department. New appointments, along with the decision to place IT managers under the authority of central IT services, expanded the department’s staff from 30 to 90 employees, who work together in teams. Taking advantage of this efficient structure, the group aims –among other things – to introduce a comprehensive electronic patient record across the entire organization.

At the top level, technical and organizational uniformity facilitates numerous other IT projects across a wide range of divisions. Around 30 projects are running in parallel, such as a group-wide e-learning platform that is currently under construction. In Frankfurt, Agaplesion is planning to use drones to transport blood preserves, and a pilot project has just been concluded in Holzminden in which beds and medical devices can be located using a kind of indoor GPS.

One particular focus of digitalization at Agaplesion is intersectoral networking. This puts the group in good company on the international stage. In Austria, for example, the Electronic Health Record (ELGA) is being rolled out nationwide. ELGA is not a data container but rather an integration platform based on IHE standards and controlled by the patient. It allows medical facilities to connect with one another and with patients on a regional or national basis. Likewise, a German hospital has become the first in the country to use platform technology of this kind

Agaplesion is focusing on the topic of intersectoral care, including as part of the Darmstadt-based SimPat project, a trans-sectoral platform for geriatric patients. SimPat is one of Horneber’s favorite projects: “It ties in well with our group strategy, whereby we aspire to provide full-service, trans-sectoral care in the regions where we operate.” SimPat receives funding from the Federal Ministry of Education and Research (BMBF). With the “Arya” app, Agaplesion itself is acting as a funding provider within the context of the Flying Health startup incubator. Arya is another project that bridges the gap between sectors, and the app is aimed at post-discharge care for patients suffering from depression. The “Get on” project also centers around providing care to psychiatric patients.

“Digitalization is not an end in itself. It’s about improving the quality of treatment and care.”

All the aforementioned projects aim to improve the quality of post-discharge care. Is that the job of a hospital? In Horneber’s view, this question is completely misplaced: “I haven’t been concerned with the boundaries between sectors for a long time now – either those between outpatient and inpatient care or those between health insurance and nursing insurance. These are people who have needs, and we must meet these needs as best we can.” This point is one that the hospital chairman keeps coming back to in one way or another: “Digitalization is not an end in itself. It’s about improving the quality of treatment and care.”

Actually, that’s an appropriate maxim for the situation in health policy as a whole. Since the German Hospital Structure Act (KHSG) came into force on January 1, 2016, hospitals have been required to measure quality more intensively than before and to report it to the Institute for Quality Assurance and Transparency in Healthcare (IQTIG). Digitalization makes it easier to put this quality monitoring process into practice, and a digital strategy based on treatment quality helps to position a hospital favorably in the quality rankings in these times of increasing transparency. However, Horneber is wary of the IQTIG’s concept of quality: “The quality that the IQTIG measures is just a small part of the picture. Of course, the medical outcome is important, but quality in the way I understand it also means providing patients with certainty, information, and comprehensive support.”

Legislation is another issue: Horneber believes that, for the most part, the reforms made in recent years are a battle for a bygone era: “We are facing massive upheaval that is closely connected with digitalization. The next few years will see the market divided up again, and it’s not even sure that we, as hospitals, will survive in our current form. The Apples and Googles of the world will come for us. New healthcare pathways and treatment strategies will emerge. Anyone at board level who fails to understand that is simply fooling themselves.”

“We think we are seeing the emergence of a sort of separate digital medicine sector that cannot be classified within the existing sectors.”

Future control of the healthcare system

The quest to understand this better takes us to Berlin: At the corner of Friedrichstrasse and Mohrenstrasse is “Mindspace”, a co-working office that the digital medicine incubator Flying Health has chosen as its base – surrounded by IT startups from every conceivable sector. The people behind Flying Health are Markus Müschenich, MD, a former pediatrician, and Christian Lautner, the founder of one of the first ratings portals for doctors. Flying Health not only supports health startups as they enter the primary healthcare market but also assists large companies in the health sector with the development of digital strategies. They have a research and development partnership with the Unfallkrankenhaus Berlin, an emergency care hospital.

Müschenich has spent a long time thinking about what happens if the wave of digitalization seen in so many other industries also sweeps through the healthcare sector. However much the digitalization of sectors such as trade, the automotive industry, tourism, or banking may differ in terms of specifics, one common feature is the emergence of digital platforms that efficiently connect customers with – both traditional and new – service providers. At the same time, quality is becoming transparent in a way that was not previously possible.

“Our hypothesis is that the healthcare sector will also see a limited number of platforms of this kind emerge that pool medical services,” says Müschenich. In the long term, these platforms then take on a commissioning role that, in the past, was initially performed by the family doctor if necessary. Whether it is patients themselves who plan their treatment using digital platforms or the platforms essentially become a vehicle for insurance companies is one of the questions that remains to be answered.

Müschenich bets on the former: “We think we are seeing the emergence of a sort of separate digital medicine sector that cannot be classified within the existing sectors.” If that is the case, then money must be flowing into this sector from somewhere. Even if this accounts for just a few percent of the 344 billion euros currently spent on healthcare each year, it involves redistributing significant sums of money: “That’s extremely good for the platform operators and extremely bad for anyone who isn’t selected via the platforms,” says Müschenich.

“If we want to survive, then quality is the way forward.”

Agaplesion’s chairman, Markus Horneber, has mixed feelings about this vision of the future. “In the worst-case scenario, the platforms will become so powerful that we become nothing more than providers who are tasked with installing a new knee. For this reason, I think we must play a part in the transformation, so that we can influence it.” Nevertheless, with its digital quality initiative, Agaplesion is attempting to prepare for the upheaval as best it can: “If we want to survive, then quality is the way forward. We have to be so good that the patients come to us. If we can’t provide quality, we will ultimately disappear. That much is certain.” 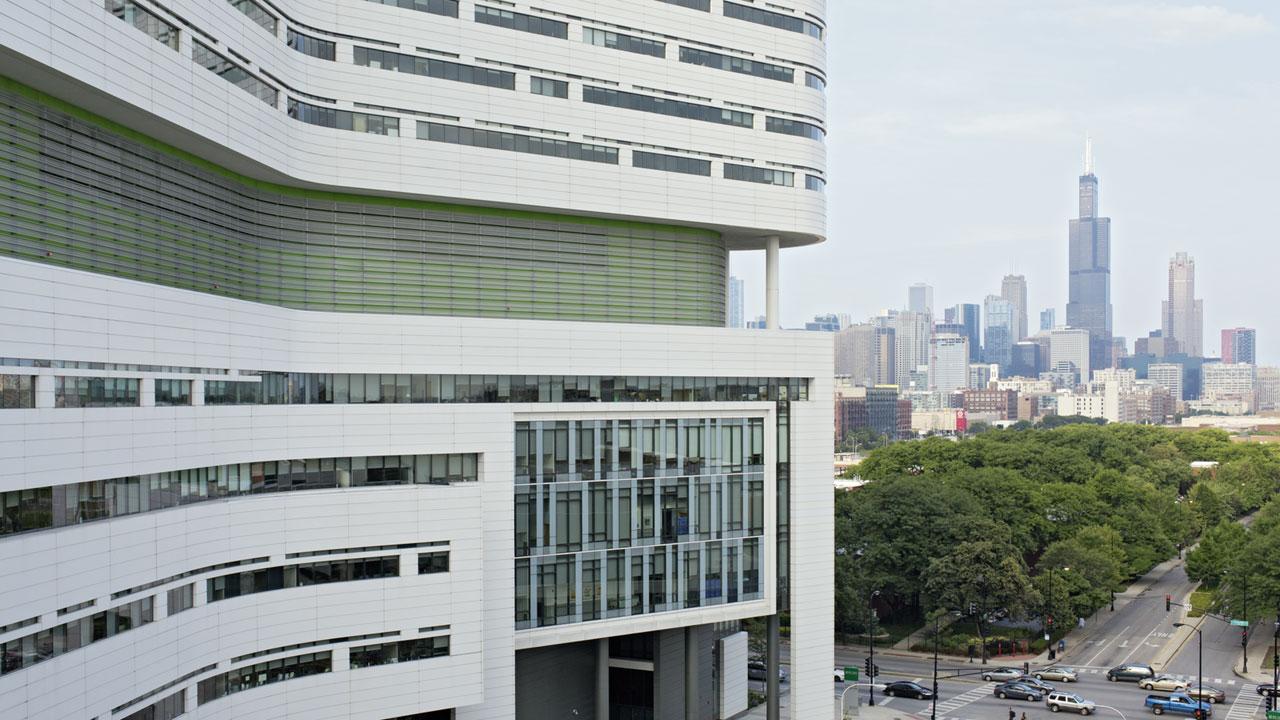 In 2004, Rush University Medical Center decided to bring its facilities into the 21st century. The strong partnership with Siemens played a key role in the success of this transformation.