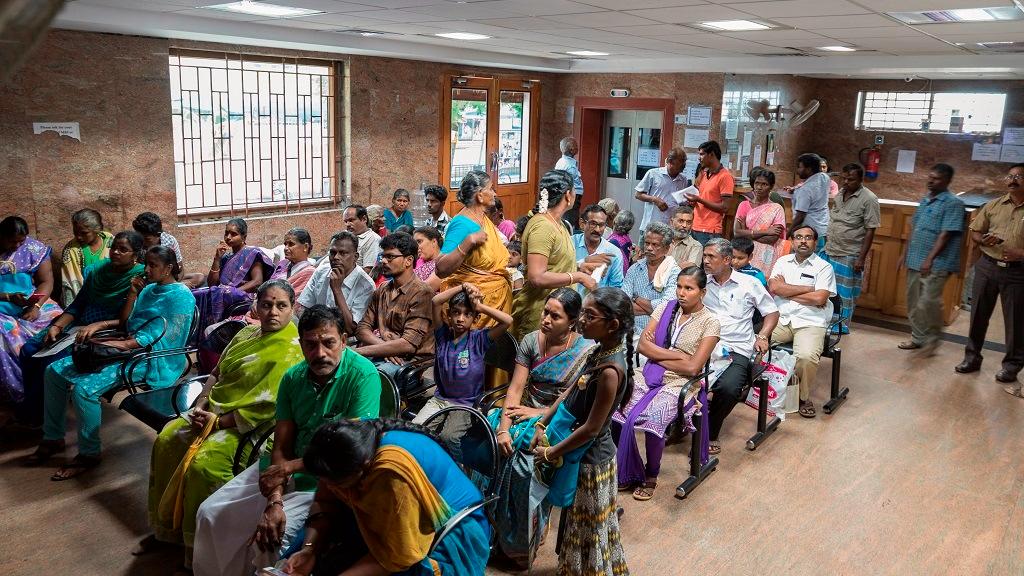 The advent of faster and more efficient diagnostic and interventional imaging is transforming care delivery in India.


It’s midnight in Madurai, a bustling city in South India. Just as K.G. Srinivasan, MD, and managing director of the renowned KGS Scan Centre, warms up for our interview, a 35-year woman is brought into the imaging room. Given the heavy demand, emergency patients prefer to come in late. The two KGS centers in Madurai are open nearly 16 hours a day and provide scans for over 200 patients. Srinivasan excuses himself to attend to the patient, suspected to be suffering from pyelonephritis, a condition where the kidney is inflamed due to a bacterial infection. The scan shows enlargement around the kidneys. Srinivasan diagnoses lobar nephronia, an intermediate stage between acute pyelonephritis and renal abscess, and the patient is put on antibiotics by her urologist. As Srinivasan gets back to the interview, he explains the changing role of radiology: “Due to the advent of advanced systems, radiology centers have become the new emergency rooms,” he says.

For its population of over 1.3 billion, India lags behind in primary healthcare. As a result, most people in rural India come to cities for diagnosis and treatment. Furthermore, India faces challenges like a low doctor-patient ratio. According to the Medical Council of India (MCI), India has a doctor-patient ratio of 1:1,674 against the WHO norm of 1:1,000.[1] To make matters worse, health insurance covers only around 30 percent of India’s population.[3] And in 2014, India had 0.5 beds per 1,000 population – amongst the lowest in the world.[4] The corresponding figures for China, the U.S., and Germany were 3.6, 2.8 and 8.2 respectively.

The scan center in Madurai was amongst the first in the world to purchase a SOMATOM go.Now 32-slice CT scanner. “This new system scans a lot faster,” says Srinivasan. Since it enables a mobile workflow via tablet, the staff do not have to shuttle between the control room and the scanner, and can stay with the patient. The shorter gantry may help to reduce claustrophobia, while the advanced iterative reconstruction delivers good image quality at very low doses.

Since the new workhorse at KGS is nearly 30 percent faster than its predecessor, Srinivasan has more time at hand, which he devotes to teleradiology and CT-guided interventions. “In one hour, we are able to complete eight to ten cases, as against five to six cases previously,” says Srinivasan. Since there is a shortage of trained staff, the automated postprocessing function helps a great deal. “You get the same quality, irrespective of who is doing the scan,” explains Srinivasan.

While people from all economic classes come to KGS, around 90 percent of patients pay out-of-pocket. Given this scenario, a minimally invasive CT image-guided intervention by radiologists comes as a blessing. The patient saves the expense of stay and surgery at a hospital, and gets treated in a single day. Today, nearly 100 doctors spread across Madurai refer their patients to Srinivasan for biopsies and guided interventions. The latter often involve areas around vital organs, and Srinivasan is amongst the few radiologists in India who attempt such interventions. While CT-guided interventions of this nature are yet to catch on, Srinivasan feels advanced machines have changed the very role of a radiologist. “Today, many medical students want to take up radiology,” he adds.

Swati Prasad is an independent business journalist based in Delhi. She reports for several publications overseas and has worked for The Economic Times, Business Standard, The Indian Express, and Business Today.

The statements by Siemens Healthineers’ customers described herein are based on results that were achieved in the customer’s unique setting. Since there is no “typical” hospital and many variables exist (e.g., hospital size, case mix, level of IT adoption) there can be no guarantee that other customers will achieve the same results.