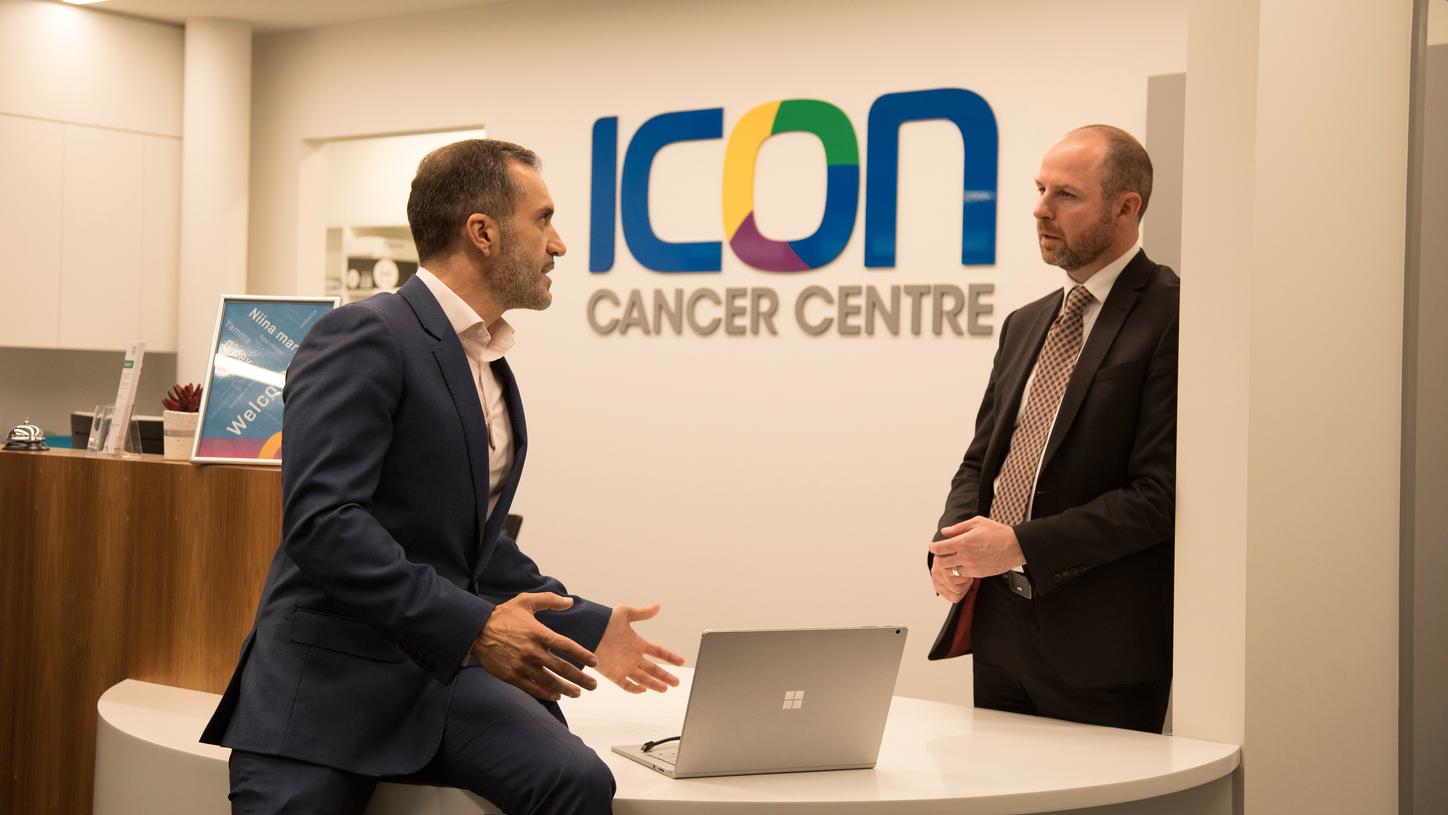 Despite all the progress made in the detection, diagnosis, and treatment of cancer, the huge distances some Australian patients need to cover for treatment add to the burden of the disease. Enter Icon Group’s network of comprehensive cancer centers outside the large cities.

For many cancer patients in the sprawling cities of Australia, receiving treatment has until recently involved time-consuming travel because, while cancer care and treatment was centralized in city centers, it was usually scattered – the doctor here, radiation therapy there, and the pharmacy in yet another place. For folk outside metropolitan areas, Australia’s huge distances just increase the problem. Melbourne, for example, is 1000 square kilometers bigger than Greater London. Someone living in an outer suburb could drive more than 100 kilometers just to see a cancer specialist. Journeys from country centers can cover hundreds of kilometers.

Australia’s Icon Group seeks to alleviate the stress of travel by bringing all elements of diagnosis and treatment – medical oncology, hematology, radiation therapy, and pharmacy – together in its new and expanding network of comprehensive cancer centers. These centers are sited in satellite population locations outside the cities. For instance, the company’s newest center, opened in July 2017, in Midland, 30 kilometers from the center of Perth in Western Australia. Another is under construction beside the Valley Hospital near Dandenong, a large and rapidly growing, largely migrant city of 160,000 inhabitants, 40 kilometers from the center of Melbourne.

The Midland centre has been built inside the historic Perth railway workshops constructed in 1921 as the western terminus of the 4500-kilometre line from Sydney and Melbourne to Perth. Locomotives and rolling stock on what is one of the longer rail lines in the world were serviced and repaired there and some of the old lines are still to be seen behind the new Icon center. Brooke Arnold, the Icon Site Manager at Midland quips: “Back then it repaired steam engines. Now we repair human engines.”


Convenience, technology, and human capability are the main pillars of Icon’s structure.

Jim Frantzis is Icon Group’s CEO of the Cancer Services division in Australia. 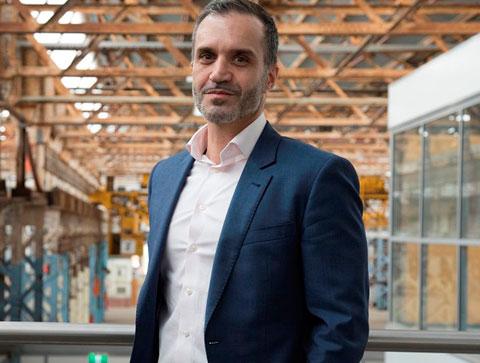 Jim Frantzis is Icon Group’s CEO of the Cancer Services division in Australia.

Arnold says Icon set up in Midland, 30 kilometers north-west of Perth, because it has become a major population hub. Until the construction of St John of God Hospital Midland and now Icon’s day hospital, he explained that all Perth’s hospitals and medical services were in the CBD (central business district). “Before this center was built, cancer patients had to go all the way into Perth for treatment. Now they don’t have to. It’s a major help to them.” The same journey saving concept is being applied at the second Icon center in Western Australia being built at Rockingham, 50 kilometers south of Perth.

Convenience for patients is a benefit, but the main pillar of Icon’s structure is having the best technology and human skills readily available, side-by-side, in comprehensive centers. Dedicated onsite pharmacies dispense the chemotherapy ordered by specialist medical practitioners. Some also compound on-site. And the latest, most precise, Siemens Healthineers CT scanners and Varian linear accelerators control and administer the radiation treatment.

Icon’s standard CT imaging platform is the SOMATOM Confidence® RT Pro – a dedicated CT scanner designed to support radiation therapy chosen by Icon because it provides optimized imaging functions, improved visualization, metal artifact reduction, and overall superior precision. Linear accelerators are predominantly Varian, ensuring seamless interfacing and connectivity with the Siemens Healthineers CT scanners. “Using this machine and the tight integration with the Varian environment, we can work to submillimeter accuracy,” says Clinical Implementation Manager, Claire Smith. “We can work on a tumor very close to important areas of a patient’s body, such as the spine, without risking damage.”

“A great example of our system is the seamless motion management, which was developed through a collaboration between Siemens Healthineers and Varian,” says Icon Group’s CEO of the Australian Cancer Services division, Jim Frantzis. “It’s proven very effective and efficient in capturing and processing images. And that has reduced the time patients are required to be on the CT table for this specific imaging modality. The scanner is of wide-bore design allowing for clearance around the patient in even the most challenging of treatment positions.”

Icon is a consortium formed in 2015 by four healthcare companies – Icon Cancer Care, Radiation Oncology Centers (ROC), Epic Pharmacy, and Slade. All have many years’ experience in cancer care and have been pillars of the Australian healthcare community for decades. The group is the largest private day oncology provider in Australia and growth has been rapid. Icon now has 20 cancer centers spaced across Australia with another eight set to open over the next 14 months.

Icon is growing rapidly in Australia with its innovative all-in-one cancer care centers, and like most successful Australian companies looks to keep on growing. A start has been made in Asia. China’s prosperous and aspirant but aging middle class demands high-quality medical care. “Icon believes it can help and already has joint ventures in the market,” Frantzis says. Claire Smith says she has seen huge changes in China where millions of people can now afford quality healthcare, but they are careful. They are going to look at our capability and our equipment to see what we can offer.” Last year Icon signed agreements with a number of partners to provide radiation therapy services in China, with Icon’s centralized remote dosimetry function forming the backbone of these agreements. Here, the treatment plan defining how the linear accelerator will target and deliver radiation to the tumor is created based on imaging and other data obtained during consultation with the patient.

Icon also has medical oncology clinics in Singapore, via the acquisition of Singapore Oncology Consultants, and a further deal has been signed to run a seven-bunker radiation therapy center co-located with an 800-bed private hospital in Guangzhou, a major industrial city in southern China. “Working with good partners who understand our business has been the backbone of our rapid expansion in Australia, and it will underpin our growth in Asia,” CEO Jim Frantzis says. “Siemens Healthineers’ knowledge of different international markets is vital to our expansion in Asia. Their relationships will assist us in transitioning into new markets seamlessly and successfully. The robustness of their machines, systems and maintenance approach, will also ensure we can deliver a high-quality remote service across Asia. Their innovative approach to healthcare delivery is the reason we use their CT technology across our Australian cancer care sites and they will be instrumental in paving the way for our international growth.”

Plans as big as that mean the company pays great attention to staff and specialist training. “A major part of Icon’s focus is on our people and their professional development,” Frantzis says. “Education and training are the pathway to exceptional, contemporary, and evidence-based cancer care. “With over 200 clinicians now part of the Icon team, the opportunity for collaboration, peer review, and innovation is significant,” according to Frantzis. “Many of Icon’s medical specialists are international leaders and that provides a stimulating learning environment for all staff.” The partnership with Siemens Healthineers completes that with ongoing training and maintenance: “Having experts available at all times is key. It helps us to deliver accurate, precise, and modern treatment approaches,” says Frantzis.

Medical imaging and radiation therapy technology have come a long way and are still improving, says Jim Frantzis, CEO of Icon’s Cancer Services division. Technologies such as DirectDensity™¹ allow CT features to be fully realized when undertaking radiation oncology planning, giving a more personalized approach to the process. Iterative metal artifact reduction (iMAR) addresses implantspecific artifacts, producing improved datasets on which to contour and plan. Respiratory gating interfaces developed for the Varian RGSC device, apply across both CT and linacs. This has advanced the data acquired and its consistency in clinical use. “Together these technologies optimize the imaging data, enabling accurate delineation of tumor volumes and normal tissue that enhances the overall quality of care and patient outcomes,” Frantzis says. And for patient comfort and confidence, the wide-bore design of the SOMATOM Confidence® RT Pro may help to reduce the claustrophobic effect of the CT experience, according to Frantzis.

Facing the challenges of the industry

Similarly, with high-end technology now vital in cancer care, Siemens Healthineers is synonymous with cutting-edge technology and innovation, he says. “Siemens Healthineers has a dedicated team that focuses on radiation therapy requirements. This ensures the workflows are current and the technologies support the evolving challenges of our industry. Their tailor-made imaging solutions help us achieve optimal outcomes for our patients and let our staff perform their duties to the highest possible standard.”

Icon’s specialist Australian workforce and robust software systems underpinned the partnership with Siemens Healthineers and Varian, he said, providing an ability to deliver a remote approach to radiation therapy planning globally. The team at the company’s headquarters in Brisbane can deliver radiation to a tumor with pinpoint precision regardless of where the patient lives.

Icon’s new comprehensive cancer centres represent a revolution in the care of cancer patients. Having everything easily available on one site has made changes in treatment. Opening centers close to new and fast growing outer suburbs and regional areas has lifted the burden of often long and inconvenient travel. And, most importantly for patients’ peace of mind, while the battle goes on against these life threatening diseases, great care is taken to be sure they understand and are calm about each procedure.

Deliberately, the majority of Icon’s 20 state-of-the-art cancer centers are not in major cities, but in larger suburban and regional centres. Cancer patients in Australia’s hugely spread communities once had to commute, often for 100 kilometres or more, to get treatment. Now, for Icon’s patients, in Australia and elsewhere in the region, it’s a shorter journey. Icon is continuing to invest many millions of dollars in the world’s best equipment, skilled medical and technical staff, onsite pharmacies, and access to allied health, combining them conveniently together which, Icon says, is now what patients are demanding.

1
DirectDensity™ reconstruction is designed for use in Radiation Therapy Planning (RTP) only. DirectDensity™ reconstruction is not intended to be used for diagnostic imaging.
The statements by Siemens Healthineers’ customers described herein are based on results that were achieved in the customer’s unique setting. Since there is no “typical” hospital and many variables exist (e.g., hospital size, case mix, level of IT adoption) there can be no guarantee that other customers will achieve the same results.